Need To Apologize? 12 Therapist-Approved Tips For Saying You're Sorry 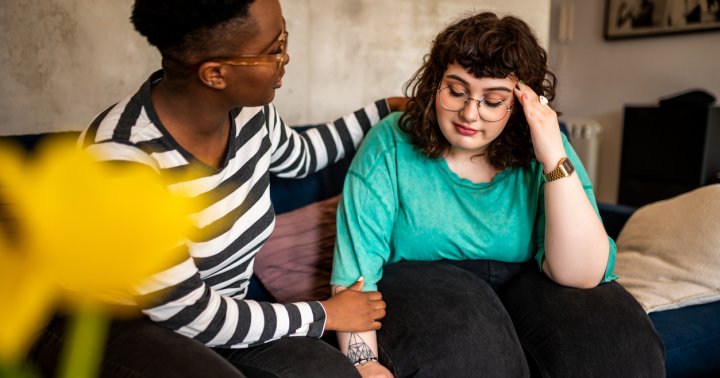 Apologizing can be a tricky thing. Some people struggle with saying they are sorry because, in many cases, apologizing is an admission of having done something wrong, which is difficult for some to accept. But if someone is upset or hurt by something you have done or said, and they are important to you, you of course should try to make things right. Sometimes a heartfelt apology can start the healing and reconciliation process.

So, what do you do when you truly want to apologize to someone you’ve hurt? We spoke with two relationship experts to help us find those answers and offer suggestions to navigate this sometimes difficult emotional terrain.

Knowing when you need to apologize.

According to licensed mental health counselor Chautè Thompson, LMHC, you should apologize to someone any time you know you have wronged or hurt them in any type of way—whether you did it purposely or unintentionally.

If you’re unsure whether you’ve upset someone and need to apologize, there are both explicit and more subtle signs you can pick up on. Houyuan Luo, Ph.D., a clinical psychologist and therapist, says that in some cases, “the person explicitly lets you know that you have done something wrong.” But even if they don’t tell you directly, Luo says to keep an eye out for when “the person acts differently than usual. For example, if you two always enjoy a good glass of wine, but the other person suddenly doesn’t enjoy it that much, it might be a subtle sign that something happened.”

Here are some signs that you may have done something that merits an apology without the person directly telling you, from Thompson and Luo:

Tips to give a genuine apology:

“Don’t sugarcoat your mistake or beat around the bush. Say it directly,” Luo recommends. Being direct reduces the possibility of further misunderstanding and makes sure you are both starting on the same page. And importantly, the most effective and genuine apologies are those that do not include excuses, rationalizations, or qualifiers.

2. Be mindful of your tone.

“Use a natural tone and avoid giving the impression to the other person that you are just going through the motions,” says Luo. As we all know, it isn’t just what you say but how you say it that really makes a difference. Tone of voice is an important element of communication, and by being mindful and maintaining a neutral tone, you are more likely to convey sincerity in your apology.

Try to show genuine remorse when apologizing, says Thompson. “Speak from the heart. Show that you are remorseful.” Being genuine communicates remorse, regret, understanding, and empathy. Being genuine also communicates that you truly believe you have done something wrong and feel sorry for the pain you’ve caused.

4. Explain why you are apologizing, but don’t justify your mistake.

It is a common reaction to want to defend yourself by showing that you had good intentions, but what you intended rarely matters for the person affected. Luo says it may be useful to “explain your ‘good’ intentions without trying to justify your mistake”—though it’s a tough line to toe. He advises against trying to explain yourself at all during the actual apology, as it can seem like you are not truly sorry.

5. Focus on the impact on the person affected.

“Acknowledge the negative effect of your action on the person, particularly the emotional impact,” advises Luo. “Good intentions don’t justify the negative impact.”

There’s an adage that says, “The road to hell is paved with good intentions,” which means that even if you meant to do something in good faith, you can still end up doing damage or hurting another person through your actions.

“Be intentional about conversing using statements about yourself and how your actions, thoughts, behavior, etc., impacted the other party,” Thompson advises. “Conversely, be careful not to use ‘you’ statements, which can put the other person on the defense and gives the impression you are ‘blaming.'”

8. Learn and use this person’s apology language.

The five apology languages are expressing regret, accepting responsibility, making restitution, genuinely repenting, and requesting forgiveness. The “apology languages” is a framework that you can use to determine the best approach to apologizing. Understanding the apology language of the aggrieved person will help you apologize in a way they can process and more easily accept.

“In your apology, be sure to explain in what ways you plan to improve and/or what you will do to prevent this type of offense from happening again. This is what it means to truly make amends,” advises Thompson.

10. Don’t expect the person will accept your apology immediately.

“Depending on the nature of the mistake, some people can accept your apology very quickly, but others can’t,” Luo notes. “If they don’t, it doesn’t always mean that they are doing this to make you feel bad; it may mean they need more time to process it.”

People need time. When you are in the wrong and want to make it right, it is important to remember that things won’t be rectified on your timeline but rather on the timeline of the person you hurt. Be patient.

Sometimes one apology won’t be enough, says Luo. “How often to apologize depends on the nature of the mistake. Sometimes apologizing one time is not enough.” However, no matter the number of times you choose to apologize, the intention behind the apology should be to bring healing and resolution to the person who was wronged—not just for you to receive forgiveness.

“We know that just because we receive an apology that does not automatically erase the hurt felt from the offense. It also does not erase the broken trust that was created because of the mistake,” says Thompson. She advises that we should “allow space, grace, and time for the relationship to grow back to where it was and hopefully beyond.”

There are times when the apology is not accepted even though it was genuine and remorseful, or there are times when, even when the apology is accepted, the relationship has significantly changed nonetheless. When this occurs, Thompson says it is important to “reflect on your apology. Was it genuine and remorseful, and did it provide resolution? Accept that some relationships are for a season and not forever. Accept that it is OK to love and care for someone from afar.” These and other questions are important to consider when determining if your apology was genuine and remorseful or not.

Luo points to the work of clinical psychologist Janis Abrahms-Spring, who says there are four types of forgiveness:

As an offender, you need to differentiate which type of forgiveness the offended party is conveying. Then, it is important to understand that it can take varying lengths of time for the person to forgive you, regardless of the kind of forgiveness they demonstrate. If the person affected refuses to forgive you, even if you have tried your best to seek forgiveness, you need to accept what happened and grieve what might be lost.

Forgiveness is a journey. It is a process that requires time, patience, determination, and grace. Forgiveness is also simply a mechanism to let go of anger and hurt; it does not necessarily mean reconciliation or that by apologizing, suddenly everything will be OK. However, apologizing is an important step in moving through conflict, getting on the road to forgiveness, and ideally ensuring your relationship can become healthy once more. Truly genuine apologies can make you better and grow as a person, and it can help the person receiving the apology begin to heal and move forward.