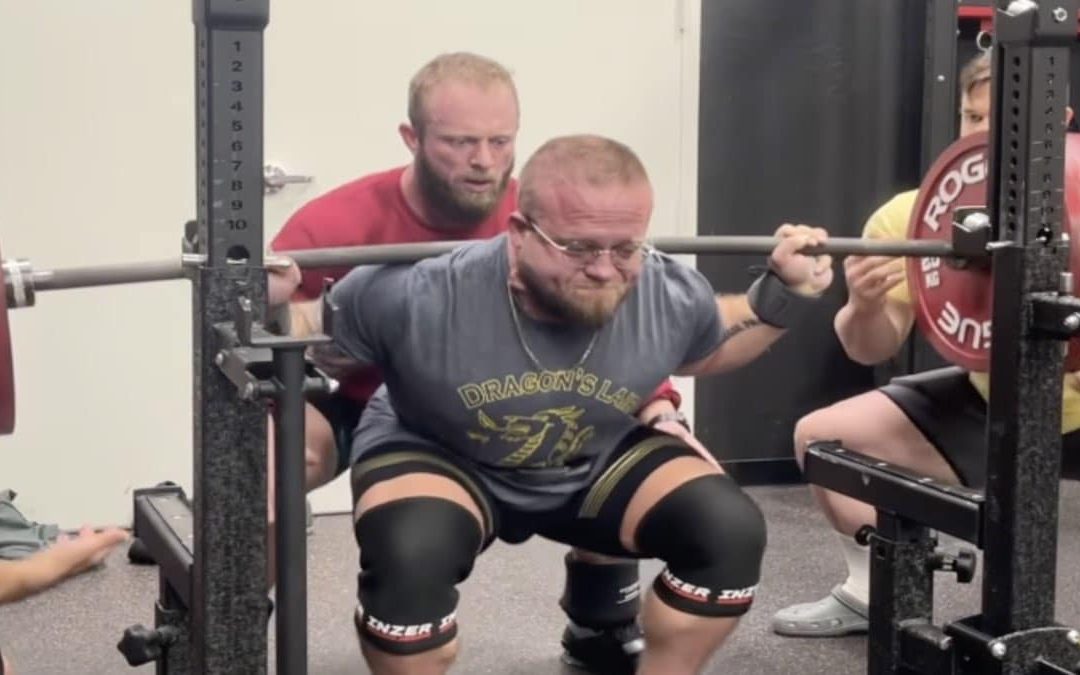 On August 15, 2022, during a training session posted to Instagram, powerlifter Joe Sullivan completed a 372.4-kilogram (821-pound) raw back squat. In a demonstration of Sullivan’s strength progress in recent years, the figure is just one pound off Sullivan’s former world record in the 100-kilogram division from 2020.

Perhaps even more impressively, it’s just 7.6 kilograms (16.7 pounds) off the current 100-kilogram raw world record — which Sullivan still possesses. The athlete notched that record with a 380-kilogram (837.7-pound) squat at the 2021 World Raw Powerlifting Federation (WRPF) The Bucked Up Showdown.

Sullivan wore a lifting belt, lifting straps, and knee sleeves to achieve this latest showcase of his leg strength. Check it out below:

According to the caption in Sullivan’s Instagram post, this squat training is part of his preparation for the upcoming 2022 United States Powerlifting Association (USPA) Pro Raw Championships. That contest will take place on September 24 in Kansas City, MO.

As Sullivan explains, he’s excited to reach new heights as a world-class powerlifter.

“It’s always a matter of execution, and there are many more days between now and the USPA Pro meet on September 24, but I’m in a great position to push that all-time world record higher and solidify my place at the table.”

Sullivan has not competed in an official meet since the 2021 WRPF The Bucked Up Showdown last September. Notably, in recent months, the athlete went for the 525-pound squat AMRAP (as many reps as possible) — inspired by 1980 Mr. Universe and bodybuilding legend Tom Platz. (Note: Sullivan’s attempt in early June 2022 fell just short at 24 reps).

Still, roughly a year later, it appears Sullivan gained more leg power and strength as he prepares to extend his world record squat. For context, here’s how his current raw world record in the 100-kilogram division compares to his peers in the same category:

At the time of this writing, that means Sullivan holds a 7.5-kilogram (16.5-pound) lead over the next best competitor. Should he successfully break his record next month, that gap may only widen.

To date, Sullivan has won gold in 12 of 18 powerlifting meets during his career. He has missed the podium on just four occasions. With this stellar precedent in mind, it might not be outlandish to suggest excellent upcoming individual results (potentially including a new world record) at his forthcoming competition.

The 2022 USPA Pro Raw Championships will occur on September 24 in Kansas City, MO.