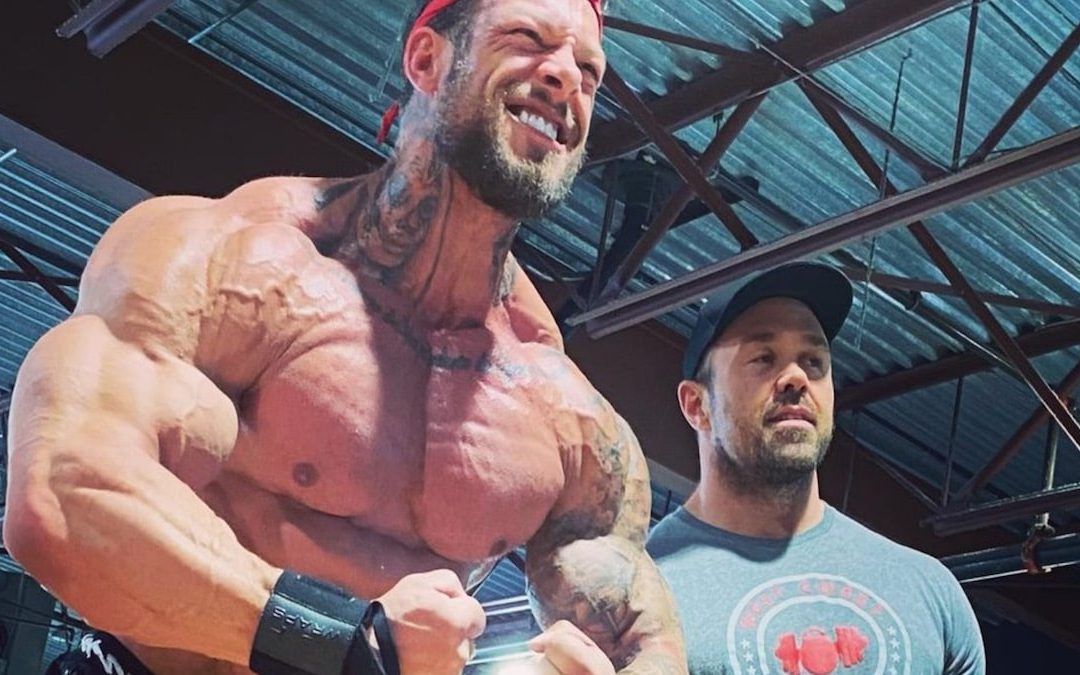 IFBB Pro League bodybuilder Jamie Christian (also known as “The Giant”) is slated to compete in the 2022 Yamamoto Nutrition Pro Show in Milan, Italy on Sunday, Sept. 11th. The 6’5” bodybuilder claims to be the tallest Men’s Open pro in the world. Clearly, it takes a lot of food to keep a man his size training and prepared for competition.

Christian posted a video of his YouTube channel, filmed on Friday, Sept. 2, 2022, that featured his “refeed day” as part of his prep for the upcoming contest. He is working under the guidance of retired competitor and current coach Milos Sarcev.

In the beginning of the video, Christian explained that after being in a calorie deficit for nearly 15 weeks, this particular day of eating couldn’t have come at a better time.

[Related: How to Build Muscle: The Training and Diet Guide for Beginners and Advanced Lifters]

“(The body) needs it,” he said to the camera. He went on to say that, in order to eat all those calories, it would take eight total meals throughout the day, as well as a workout shake that would have 150 grams of carbohydrates on its own.

Christian would later say that, with less than two weeks to go before the contest, he is still over 300 pounds and felt he was in the best shape of his life. He documented the entire day’s worth of food in the video. The individual meals, amounts (when explained), and approximate times (when given) were as follows.

At the end of the video, Christian pulled up his shirt and showed the camera his abs. He discussed that his stomach was still flat and defined because the food he ate didn’t cause bloating or indigestion, in part because fat intake was kept low in every meal except the last.

I don’t even feel like I’ve eaten anything today.

Earlier in the video, he also theorized that keeping protein relatively low and walking for 10-minutes multiple times throughout the day improved his overall digestion.

[Related: The Best Back Workouts for More Muscle, for Strength, for Beginners, and More]

When he competes in Italy, Christian will be looking for his first professional win as well as his first qualification to the Mr. Olympia contest, which is scheduled to take place the weekend of Dec. 16-18, 2022 in Las Vegas, NV.