Green Tea Can Boost Your Metabolism: Here's How! 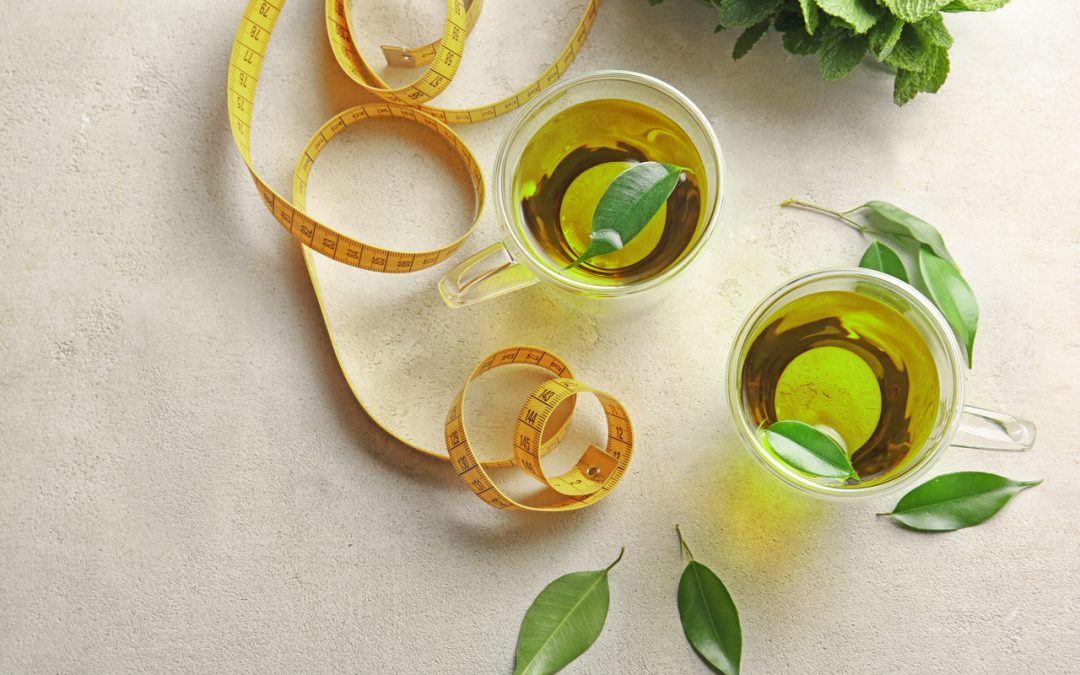 Tea is the most popular beverage in the world after water. You get tea in several forms, green, oolong, and black tea, herbal, all from the leaves of Camellia sinensis. Among them, green tea is an outstanding source of phenolic antioxidants, and green tea’s health benefits have piqued the scientific community’s interest.

Multiple studies have discovered that drinking green tea can reduce the risk of diabetes and coronary heart disease. It also promotes weight loss and controls glucose levels. As a result, several nutritionists suggest using natural herbs to control metabolic issues. In addition, you may see fewer spikes in blood glucose levels after drinking green tea. One way to measure it is by subscribing to HealthifyPRO 2.0 and seeing the reaction through BIOS- the CGM device. It accurately records your body’s real-time response to food, drinks and activity levels.

Interestingly, you do not need to have diabetes to use CGM. However, CGM usage can help improve your metabolic health by learning to create balanced meals. As a result, you develop healthy eating habits and lose weight. For example, you may eat two bowls of rice and a bowl of rajma and feel rather sluggish after lunch. That means your blood glucose levels spiked too high. After studying the spikes, a health coach may suggest reducing the quantity of rice and adding a bowl of curd and salad to your existing plate to control the spikes. So you not only count calories but also start working towards improving your metabolic health. A healthy eating pattern becomes an inherent part of your lifestyle.

As per USDA, one hundred grams of green tea holds the following nutritional values:

Green tea is recommended by traditional Chinese medicine for everything from a headache to depression. That is because green tea contains antioxidants known as catechins. They are beneficial in lowering cholesterol levels and preventing blood clot formation. In addition, research shows that green tea may have a protective effect on thyroid cancer.

Green tea is rich in polyphenols such as catechins, gallic acid, and minerals that can increase the amount of GTP antioxidants in the body. Research suggests that green tea can reverse certain oxidative damage and increase the body’s antioxidative status. A high-antioxidant diet lowers the risk of various diseases, including metabolic diseases. Catechin, a natural antioxidant, prevents the formation of free radicals, protecting the cells. Green tea has shown significant positive results in boosting metabolism and preventing type 2 diabetes mellitus.

Researchers worldwide have delved deeply into the cancer-preventing properties of green tea constituents, where flavonoids play a crucial role. These substances are essential to prevent cancer development because they protect DNA from damage caused by malignant cells and limit tumour cell multiplication.

It Prevents Hypertension and Cardiovascular Diseases

Several data analyses have found that green tea can potentially reduce the risk of chronic diseases due to the presence of polyphenols in it. Specifically, it lowers blood pressure and helps prevent cardiovascular diseases. While green tea can help control blood pressure, you cannot use it in place of prescribed medication. Green tea, when consumed in moderation with medication, helps to lower systolic and diastolic pressure.

Green tea’s anti-inflammatory properties help with insect stings, are anti-arthritic and anti-bacterial, and help with swollen joints. Recent research also shows evidence of green tea catechins being helpful as an antiviral against COVID-19.

Caffeine and catechins stimulate the neurological system in green tea, which can increase thermogenesis (the process of releasing stored energy) and fat oxidation. Although green tea contains caffeine, the effect is similar to coffee.

Metabolism is the process by which the human body converts food into energy. Unfortunately, the human metabolic system is very complicated. The body requires energy even when you’re sleeping or resting, making it difficult to understand what exactly affects it. As a result, the question of whether or not this herbaceous drink can play a role in the metabolic system is becoming increasingly heated.

Despite its wide range of uses, green tea is best known for the waves it has made in exercise enhancement and weight loss. Although immensely argued, metabolism is related to weight because food processing and physical activity are essential for an individual’s metabolism. As a result, it is not a stretch to say that metabolism can influence weight.

It is even more contentious whether green tea’s numerous benefits include boosting metabolism. Research has established green tea’s role in benefitting health and preventing several diseases. However, there is no clear answer as to whether it can help you lose weight.

A study explains the relevance of green tea and its antioxidant properties in fat oxidation or burning. Despite inconsistent results across the board, this tea does show a slight increase in fat burning while resting. While exercising, however, there are positive results. According to diabetic patient surveys, drinking four cups of green tea daily resulted in significant weight loss, resulting in healthier lifestyles for the patients. There were also indications that it helped control hypertension in individuals.

Updated analysis shows that consuming green tea over a more extended period, with regular physical exercise and a balanced diet, can promote fat oxidation. As a result, it brings about food processing, which is known to influence metabolism.

Green Tea and its Effect on Metabolism

Compounds in green tea interact with a few essential digestive enzymes. Amylase, glucosidase, and lipase are necessary for the breakdown of carbohydrates. Lipase also breaks down lipids so they may be absorbed. By preventing these enzymes from working, tea components diminish the body’s absorption of fats, carbohydrates, and calories while lowering weight gain.

Lipolysis breaks down lipids to create the energy or other substrates necessary for the body’s metabolism. Numerous studies have demonstrated that green tea components enhance fat metabolisation. One of the pathways revealed gets connected to the stimulation of fat oxidation by the enzyme ‘AMPK’.

The primary cause of death worldwide is cardiovascular disease, which has strong ties to lipid profiles, blood pressure, levels of inflammation and oxidation, and these factors (cholesterol and triglycerides). Because of its potent antioxidant and anti-inflammatory effects, numerous studies have shown that green tea can have a substantial preventive role against this illness.

In China, where tea has been used medicinally for generations, a recent study found that people who regularly drank green tea had lower risks of cardiovascular disease, stroke, and LDL (“bad”) cholesterol.

Researchers worldwide have delved deeply into the cancer-preventing properties of green tea constituents, where flavonoids play a crucial role. These substances are relevant to cancer development to protect DNA damaged by malignant cells and restrict the multiplication of tumour cells.

Foods have a direct effect on metabolism. However, green tea can assist in metabolism or the weight loss journey. Health professionals, nutritionists, and doctors recommend consuming at least one cup daily to notice any changes in your lifestyle.

Who Needs to Stay Away From Green Tea?

Polyphenols, known as tannins in green tea, can lead to stomach aches, nausea, or constipation. Some research claims that there was no significant relationship between tea consumption and the risk of GERD overall. However, in subgroup analysis, tea drinking may increase the risk of GERD in East Asia and decrease it in Middle Asia. But, it requires more research as some studies suggest that green tea can help reduce inflammation and inflammatory cytokines, helping with inflammatory bowel disease.

Green tea reduces the absorption of iron from food. As a result, iron’s bioavailability becomes affected, making it difficult for iron deficient individuals to raise their iron levels from nutrition.

Methods for Incorporating Green Tea Into Your Daily Routine

This is not the traditional form of green tea; this tea is very popular in Japan. Matcha is a finely ground powder of specially grown and processed green tea leaves.

If you’re not afraid to try new ingredients, try rubbing a pinch of loose green tea leaves between your fingers and swallowing it with a bit of cold water. It is popular in some countries where green tea relaxes the stomach muscles to help with stomach cramps or diarrhoea.

Don’t be hesitant to test out new drinks! If it does not fall within the limitations of your dietary restrictions, feel free to introduce green tea with a bit of raw honey. You can start reducing the number of natural sweeteners as you get comfortable with the green tea flavour.

Obesity is a growing problem worldwide, with every one in four individuals being overweight or obese. While physical activity plays a huge role in controlling weight, diet is another factor that carries a lot of importance. It is important to note that an individual can lose weight by burning more calories than before. You can determine your calorie requirement by basal metabolic rate, also known as metabolism. Green tea has gained popularity due to its health benefits. It gets consumed in various ways worldwide, for example, a cup of Kahwa or iced lemon tea.

Green tea has repeatedly proven highly beneficial to the human body. However, further research or largely controlled surveys are required to support the claims made by health professionals about whether or not green tea boosts your metabolism.