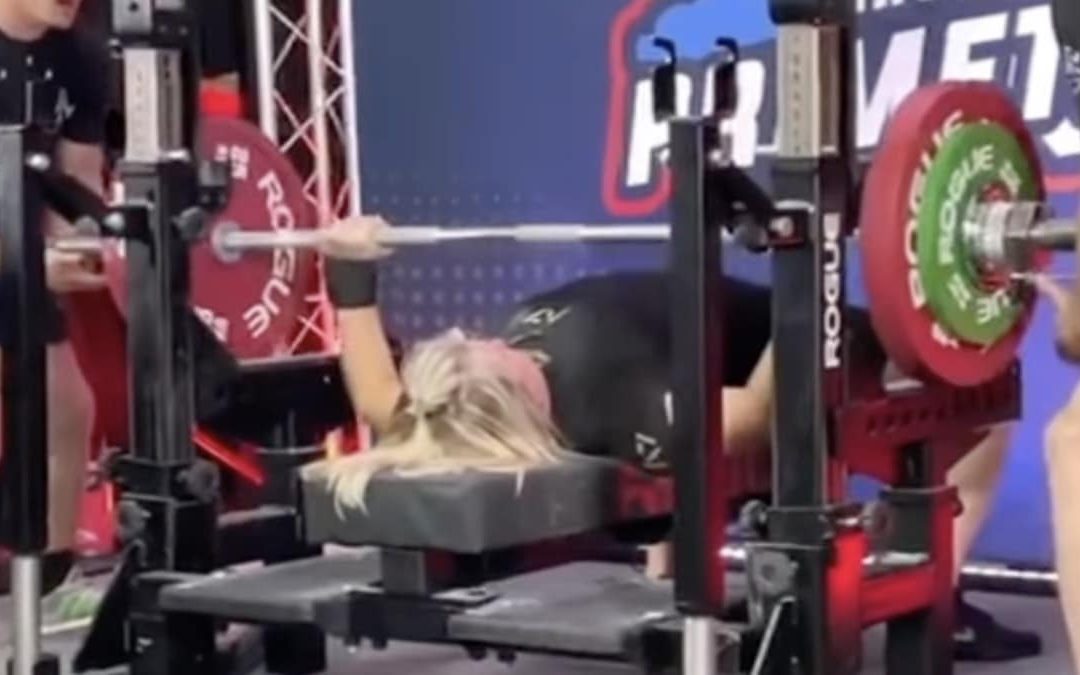 Notably, if Thompson had featured in an international competition with this press, it would’ve exceeded the current International Powerlifting Federation (IPF) World Record of 144 kilograms (317.4 pounds) in the IPF’s 69-kilogram weight class. Thompson also owns that mark, which she achieved during a second-place performance at the 2017 IPF Reykjavík International Games. The athlete performed the press without a lifting belt and wore just wrist wraps to help her notch the feat.

With her latest official record, Thompson can now boast the top American bench press mark in USAPL’s 60-kilogram, 67.5-kilogram, and 76-kilogram weight classes. Plus, according to Open Powerlifting, while her latest bench press isn’t an official World Record, it surpasses Thompson’s all-time competition best of 145.4 kilograms (320.7 pounds) from the 2022 USAPL Arnold A7 Pro Bench Bash. Thompson competed in the Masters 45-49 division at that contest, which was a bench press-only meet and a part of the overall 2022 Arnold Classic.

Her press aside, Thompson also fared quite well with her other staple numbers, logging respective PRs on her squat, deadlift, and her total. (Note: Based on her recent contest history, Thompson often exclusively focuses on her bench press, frequently competing in bench press-only meets of late.)

Here’s an overview of the top stats from the athlete’s performance at the 2022 USAPL Carolina Primetime competition:

Thompson might have left more on the table with her latest record. In the caption of her Instagram post, the athlete wrote that her bench press was “smooth like butter” and that she was “kicking” herself for not attempting a 149.7-kilogram (330-pound) press. That said, Thompson apparently trained differently and “tweaked her programming” in advance of this contest. The eventual results seemed to pay off in spades.

For many athletes, this sort of accomplishment would be a benchmark for their resume. For Thompson, one of the arguable greatest powerlifters of all time — with a plethora of victories to her name over a two-plus decade career — it’s just the latest example of her unique prowess.