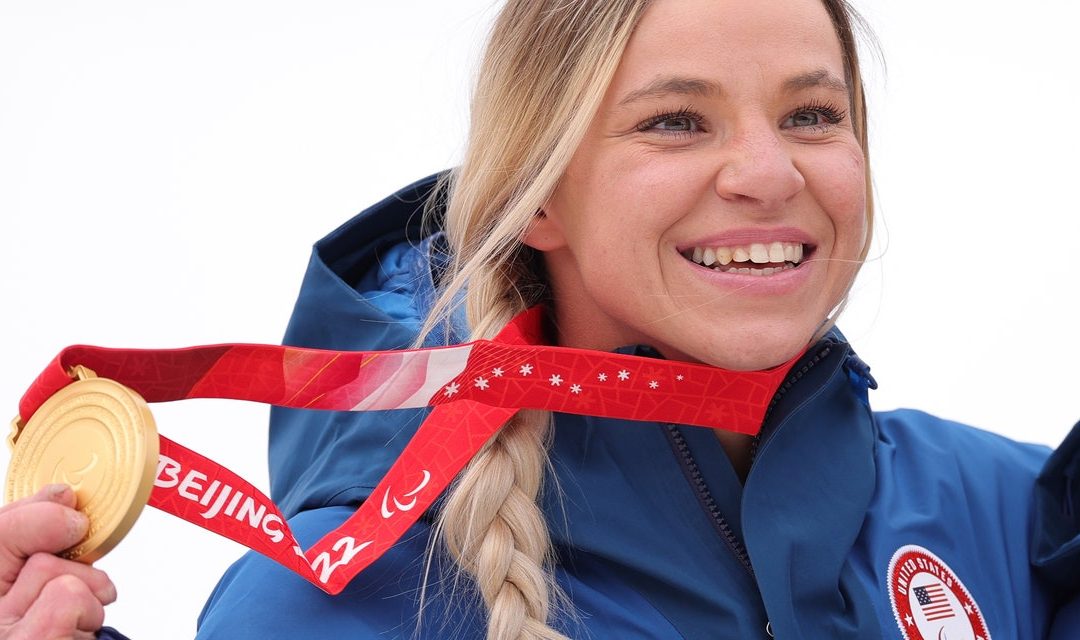 After a record-breaking run in the Winter Games this past March, multisport athlete Oksana Masters is etching her name in yet another sports history book: This week, the skier, cyclist, and biathlete received an ESPYS nomination in the Best Athlete, Women’s Sports category, marking the first time a Paralympic athlete—male or female—got the nod in the Best Athlete field, as ESPN confirmed to SELF.

Masters—who was SELF’s digital cover star in February—is up for the honor along with gymnast Sunisa Lee, swimmer Katie Ledecky, and basketball player Candace Parker. She also racked up two additional ESPYS nominations for 2022, including Best Olympian, Women’s Sports (alongside Lee, Ledecky, and track-and-field star Allyson Felix) and Best Athlete with a Disability, Women’s Sports (alongside swimmer Jessica Long, snowboarder Brenna Huckaby, and soccer player Kate Ward). This is the eighth nomination for Masters in the Best Athlete with a Disability, Women’s Sports category since she received her first nod in 2014.

When SELF caught up with Masters after the announcement, she said she was blown away by the news and wasn’t quite sure how to put into words what the historic nomination meant to her.

“This is a huge win and a monumental moment not just for me as a first-ever male/female nominee in this category, but for all Paralympic athletes, adaptive athletes, and the whole disability community,” she tells SELF.

Masters, a six-time Paralympian, is coming off a history-making performance at the 2022 Winter Games: She medaled in all seven of her events—winning golds in the sprint biathlon, individual biathlon, and mixed relay cross-country. This additional hardware brought her total Paralympic medal haul up to 14, making her the most decorated U.S. Winter Paralympian ever.

It also brings her total Paralympic medal count up to 17, since she’s a Summer Games athlete too: After winning bronze in rowing in London back in 2012, she took home her first Summer golds—both in cycling events—this past summer in Tokyo.

As she told SELF in February, Masters believes visibility and representation have gotten better for Paralympians, though she still says “there is such a long way to go.”

“It’s really cool for [Paralympians] to be able to hopefully look forward to their Olympic-within-Paralympic Games experience of ‘I’m a legit athlete, I’m Team USA,’” she said in her cover story. “They’re known as an athlete first—not what their life story is that propelled them down the Paralympic road instead of the Olympic road.”

The ESPYS nomination, though, is another step in the right direction, as she tells SELF after the announcement.

“Words cannot express how grateful I am for ESPN to recognize me as an ATHLETE,” she says. “They have shattered the glass ceiling and have redefined what it means and looks like to be an athlete.”

The winners for the ESPYS awards, which will be broadcast live on July 20 on ABC, are chosen through fan votes. Fans can vote here through July 17.