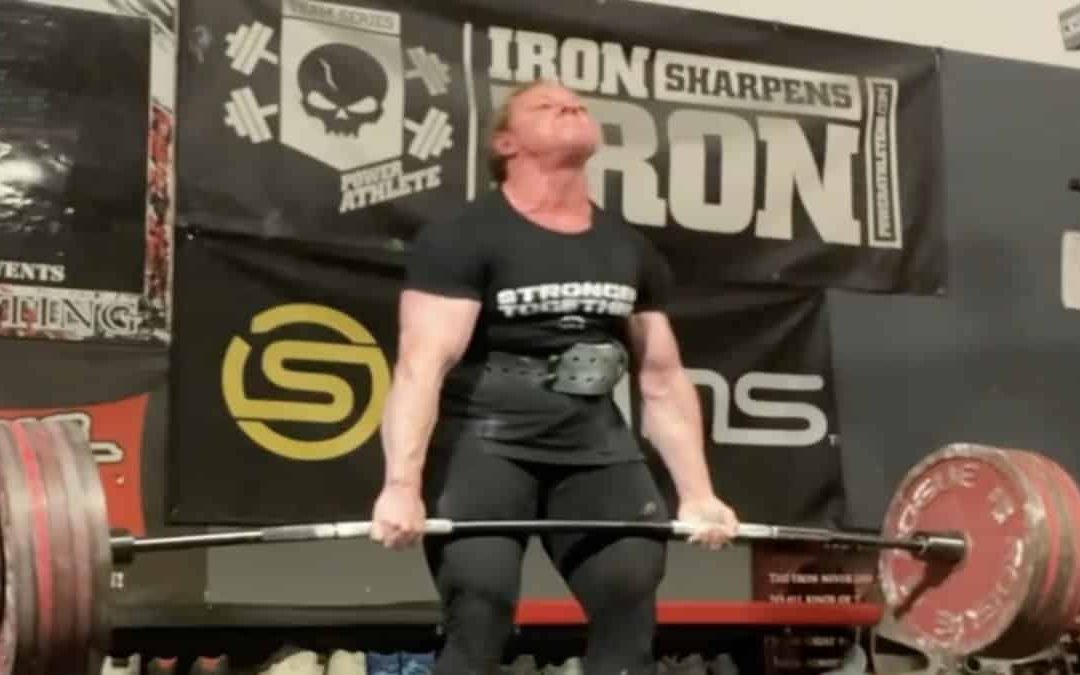 One of Kristy Hawkins’ uncanny abilities is how easy the powerlifter can lift eye-opening weights. Though, as the Chief Science Officer for biotech company Antheia, with a Masters and Ph.D. in Chemical Engineering from CalTech — it seems she has talents in a wide variety of areas. A recent strength mark suggests Hawkins can do it all.

On July 15, 2022, over Instagram, Hawkins (75KG) shared a training clip wherein she deadlifted 285 kilograms (628.2 pounds) raw from a conventional stance with a mixed grip. The deadlift is a personal record (PR) for Hawkins, who wore a lifting belt for the pull. It’s also 10 kilograms (22.1 pounds) more than her current World Record of 275 kilograms (606.3 pounds) in the 75-kilogram division, achieved at the 2021 World Raw Powerlifting (WRPF) The Bucked Up Showdown.

According to Open Powerlifting, Hawkins’ new PR is 3.8 times her usual competition body weight of 165 pounds. Yet, as Hawkins says in her Instagram caption, the PR does indeed look quite “casual” for the powerlifter.

Hawkins at a Glance

Based on the history of Hawkins’ powerlifting career, it shouldn’t be surprising to see her making an unofficial World Record deadlift look so smooth.

The American athlete possesses three of the four main world records in the 75-kilogram class. Her bench press of 155 kilograms (341.7 pounds) is the second-heaviest ever. Allison Hind stands in first place with a raw World Record press of 163.2 kilograms (359.8 pounds) from the 2022 Revolution Powerlifting Syndicate (RPS) North American and New Jersey State Championships.

[Related: The Best Arm Workouts For Beginners, With Dumbbells, And More]

Here are the all-time raw competition bests for Hawkins at 75 kilograms:

Hawkins’ overall career results might be just as impressive as her lengthy records and training marks ledger. At the time of this writing, Hawkins has competed in 18 contests since her debut in April 2013. She has 14 victories, three second-place results, and has never failed to reach the podium. She has nine straight wins dating back to the 2017 United States Powerlifting Association (USPA) CETC US Open Powerlifting Championships — by far the longest winning streak of her career.

[Related: How To Do The Reverse Lunge For Powerful Legs And Rock-Hard Glutes]

Her assortment of recent PRs aside, at the time of this publication, Hawkins has not confirmed when she’ll appear on a sanctioned lifting platform next. Her track record would make it seem likely she extends some records and even adds some to her resume.