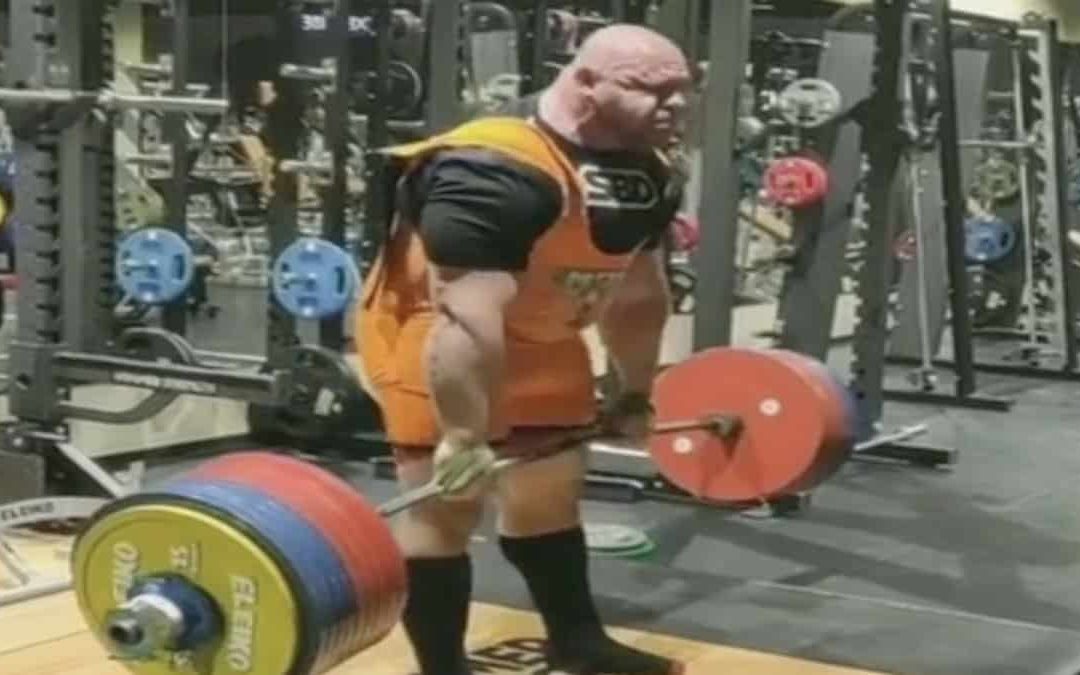 Ivan Makarov has made a name for himself in the strongman sphere because of his deadlift proficiency. He is the reigning champion of the annual World Deadlift Championships (WDC) contest, thanks to his competition-best pull of 475 kilograms (1,047 pounds). The Russian strongman recently released a clip on his Instagram page that suggests he is prepared to retain his title.

On July 18, 2022, Makarov shared footage of himself capturing a 470-kilogram (1,036.1-pound) deadlift during a training session. Julian Howard (@worldsstrongestfan) shared the clip on his Instagram profile. The strongman wore a lifting suit and completed his massive pull in his socks.

[Related: The Best Back Workouts For More Muscle, For Strength, For Beginners, And More]

Makarov’s staggering deadlift training is undoubtedly part of his preparation for the 2022 WDC. That contest is a part of the broader 2022 Giants Live World Open & World Deadlift Championships, taking place on Aug. 6, 2022, at the Motorpoint Arena in Cardiff, Wales.

Here’s the list of expected competitors who will try to prevent a Makarov repeat victory:

*Note: Adam Bishop was previously on the 2022 WDC roster, but after suffering a triceps injury in early July 2022, he withdrew. At the time of this writing, Giants Live has not yet announced Bishop’s replacement.

The Giants Live organization has presented a fascinating challenge to Makarov and each of his 2022 WDC peers. Should any of the athletes lift 505 kilograms (1,113 pounds) during the contest, Giants Live will reward them with a $55,000 cash prize. That lift would eclipse the current all-time world record held by 2018 World’s Strongest Man (WSM) champion Hafthor Björnsson, who pulled 501 kilograms (1,104.5 pounds) in the World’s Ultimate Strongman “Feats of Strength” series in May 2020.

Over the past couple of years, Makarov has made a variety of training attempts at both the world record and 500-kilogram deadlifts. If Makarov deadlifts at least 500 kilograms (1,102.3 pounds), he would become the third strongman to join that exclusive club. Only Björnsson, 2017 WSM champ Eddie Hall, and powerlifter Krzysztof Wierzbicki have ever pulled at least 500 kilograms.

Wierzbicki notably surpassed Björnsson’s World Record with a 502.5-kilogram (1,107-pound) deadlift during a late April 2022 training session. However, the figure would not count in an official strongman competition because Wierzbicki used a sumo stance. While not a record, it remains the heaviest filmed deadlift in history.

Makarov and some of the world’s elite deadlifters will compete at the 2022 WDC on August 6, 2022, in Cardiff, Wales.