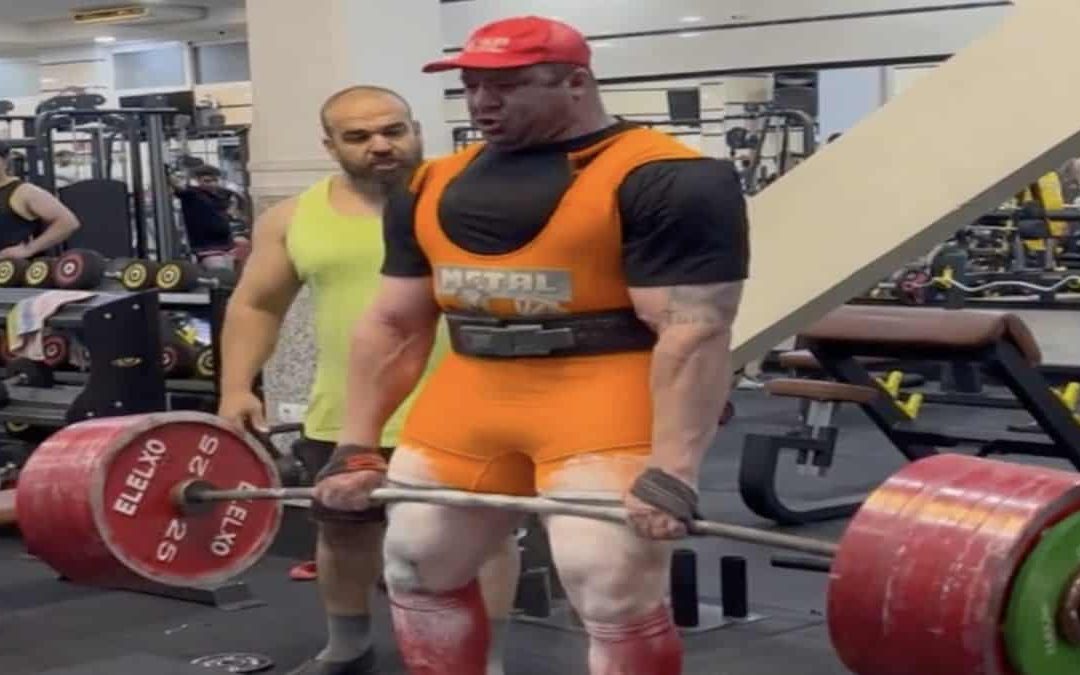 One of strength sports’ more illustrious achievements is the current deadlift world record of 501 kilograms (1,104.5 pounds). That lift belongs to 2018 World’s Strongest Man (WSM) champion Hafthor Björnsson, who pulled it in May 2020 as part of the World’s Ultimate Strongman “Feats of Strength” series.

Based on his recent ledger, Iranian strongman Peiman Maheripourehir could soon see himself broaching that mark. On July 19, 2022, Maheripourehir shared a clip from his Instagram page where he captured a massive 452-kilogram (996-pound) deadlift double. The athlete wore a lifting belt and utilized lifting straps for his training feat. Check it out below:

Maheripourehir has competed in elite strongman competitions like the World’s Strongest Man (WSM). However, of late, he appears to have centered on improving his deadlift. His casual success with this 996-pound deadlift double aligns well with previous pulling achievements.

Maheripourehir successfully deadlifted a monstrous 492 kilograms (1084.7 pounds) during a March 2021 training session. At the time, it was the third heaviest deadlift ever caught on camera. Only 2017 WSM champion Eddie Hall (500 kilograms/1,102.3 pounds) and Björnsson (501 kilograms/1,104.5 pounds) had pulled heavier.

Since Maheripourehir’s 492-kilogram (1084.7-pound) deadlift, powerlifter Krzysztof Wierzbicki lifted 502.5 kilograms (1,107 pounds) — the heaviest deadlift ever. However, Wierzbicki’s lift was performed in a sumo stance rather than a conventional stance. The former stance is not legal in strongman competition.

Maheripourehir is prepping for the 2022 World Deadlift Championships (WDC), a part of the 2022 Giants Live World Open, occurring on Aug. 6, 2022, at the Motorpoint Arena in Cardiff, Wales. It will be the Iranian strongman’s first appearance at the contest.

Of the confirmed 10 athletes on the 2022 WDC roster, Maheripourehir has the biggest deadlift by a comfortable margin aside from perhaps Ivan Makarov, who deadlifted 475 kilograms (1,047 pounds) to win the 2021 edition. That means Maheripourehir’s top filmed deadlift is 17 kilograms (37.5 pounds) more than the next best athlete in this year’s edition of the WDC.

At the time of this writing, here is the confirmed roster for the 2022 World Deadlift Championships:

If Maheripourehir stays true to his impressive track record in the gym, his first appearance at the WDC might be a memorable performance for all comers. If all goes well, he may break the deadlift World Record and put himself in an exclusive and esteemed strength sports club.