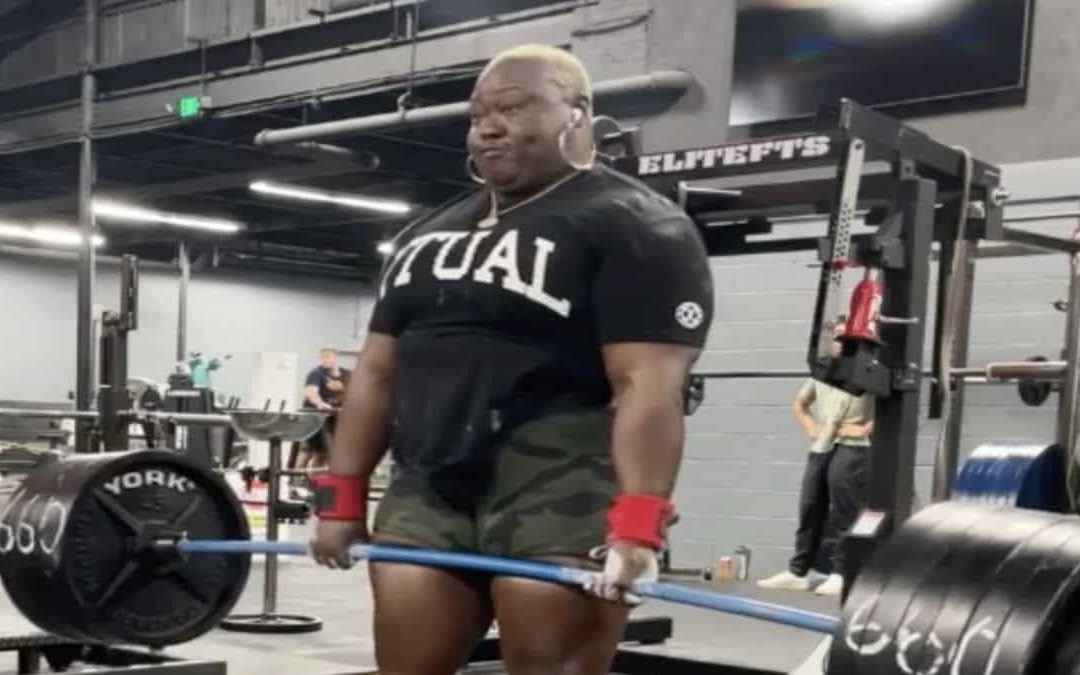 As an elite powerlifter, Tamara Walcott is one of strength sport’s biggest superstars. With a recent jaw-dropping feat while training, she may soon add to her ledger of official accomplishments.

On July 23, 2022, Walcott (+90KG) shared a clip on her Instagram where she captured a 299.4-kilogram (660-pound) raw deadlift during a training session. The pull is a new personal record (PR) for Walcott. It’s also 10.8 kilograms (24 pounds) heavier than her all-time deadlift World Record of 288.5 kilograms (636 pounds) from the World Raw Powerlifting Federation (WRPF) The Bucked Up Showdown.

Walcott used a conventional stance and a mixed grip while wearing a lifting belt and lifting straps to log her new PR.

[Related: How To Do The Reverse Lunge For Powerful Legs And Rock-Hard Glutes]

Walcott smashing her own World Record while training might be a harbinger of bright achievements to come. The athlete will compete at the upcoming 2022 WRPF American Pro in the +90-kilogram weight class. That contest will take place at The Salisbury Center in Manassas, VA, from July 29-30, 2022.

Should Walcott transfer over this training PR to the American Pro, she will extend her all-time World Record. Additionally, if the athlete adds just 0.6 kilograms (1.32 pounds) to her deadlift, she would become the first women’s powerlifter to pull at least 300 kilograms raw.

Notably, Walcott’s top total of 718.5 kilograms (1,584 pounds) from the 2021 WRPF The Bucked Up Showdown is the second heaviest raw total in women’s powerlifting. Only April Mathis (+90KG) has a higher raw total of 730.3 kilograms (1,610 pounds) from the 2019 USA-UA Boss of Bosses 6. By adding to her deadlift record while notching a noteworthy all-around performance at the 2022 WRPF American Pro, Walcott may soon possess that figure, too.

Here are Walcott’s all-time raw competition bests as a powerlifter:

In the caption of her Instagram post, the athlete credits her family, particularly her son, who happens to be watching on the side. Walcott states she wanted to keep a promise by successfully pulling the fresh PR.

“At the end, I told my son I will never fail when he’s watching,” Walcott writes. “And I mean it because when you give something your all, you are always winning!”

This kind of inspiration is nothing for new Walcott, a single mom with two kids, a nine-to-five job, her own business, and an impressive powerlifting career. In media appearances and on her social media, the athlete often discusses how important her family is to her and how she wants to dominate on sanctioned lifting platforms to set an example for others. Her loved ones are undoubtedly a part of that formula.

Walcott will try to break new ground as a record-breaking inspiration at the 2022 WRPF American Pro on July 29-30 in Manassas, VA.