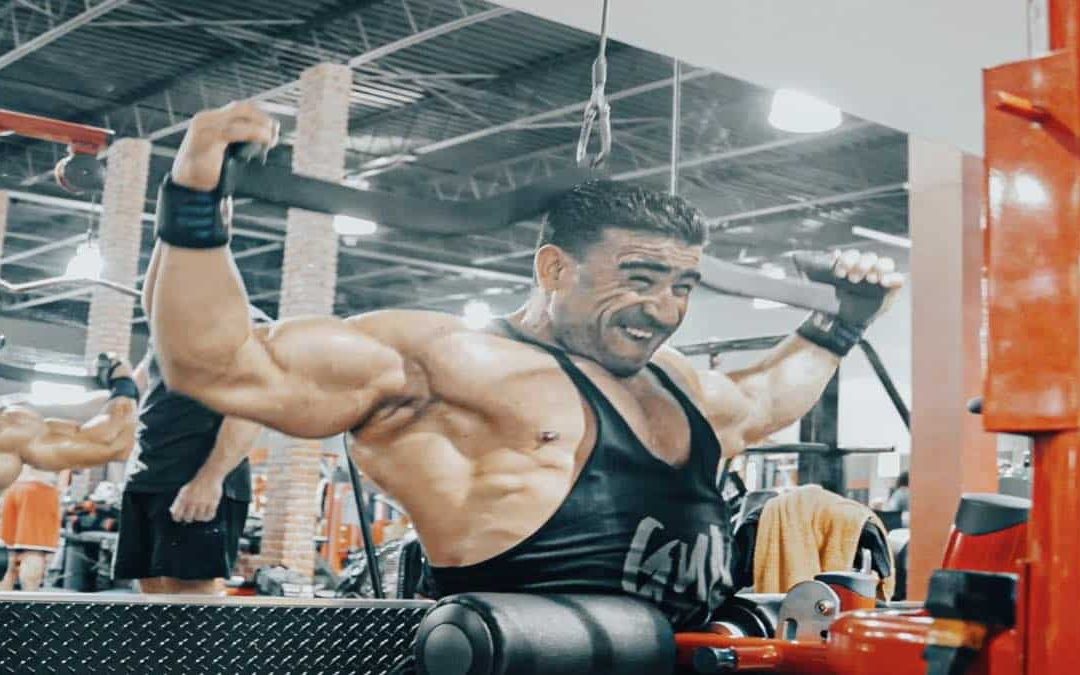 Bodybuilder Kamal Elgargni has already reached the top of the 212 summit — once winning the 212 2019 Mr. Olympia. The International Federation of Bodybuilding and Fitness (IFBB) Pro League member is prepared to show off his elite mass and conditioning by leaping up a competitive category in the coming weeks.

On July 26, 2022, Elgargni revealed that he would compete in the upcoming 2022 Tampa Pro and Texas Pro contests in the Men’s Open division. This year’s edition of the Tampa Pro will take place on August 6 in Tampa, FL, while the Texas Pro occurs on August 12-13 in Irving, Texas. Elgargni, 51, made his announcement in partnership with BPI Sports over their Instagram profile.

Elgargni’s plans come on the heels of the world-class bodybuilder showing recent significant progress with his physique. The strides the athlete has made seemed to be enough for him to jump from 212 — where competitors have a hard weight cap of 212 pounds — to the unrestricted Men’s Open.

I feel really, really good, and I’m excited with what I’m going to bring to the stage at both contests.

In his statement, Elgargni clarified that his body weight was around 224 pounds on the day of his announcement. That could still shift (i.e., upwards) by the time the 2022 Mr. Olympia rolls around on December 16-18 in Las Vegas, NV.

The Libyan athlete maintained that entering the 2022 Tampa Pro in a new division made the most sense because he currently calls the Tampa Bay area home. And since it’s only one week later, the 2022 Texas Pro also felt like a logical step to test himself.

At the time of this writing, neither IFBB competition has announced an official list of athletes who will participate.

[Related: The 20 Best Leg Exercises For Size And Strength]

A Wave of Change

Elgargni’s transition to a new bodybuilding division isn’t out of the ordinary compared to some of his peers.

In October 2021, Shaun Clarida competed in the Legion Sports Fest in the Open category, where he finished first. Clarida went on to take home a second-place result to Derek Lunsford in the 212 category during the 2021 Mr. Olympia. At the time of this article’s publication, Clarida is eligible for the 212 and Men’s Open classes at the 2022 Mr. Olympia but has not made a definitive choice.

Lunsford himself could be another fascinating case. In mid-July 2022, over OlympiaTV, Chief Olympia Officer Dan Solomon said that Lunsford is “nowhere near 212 at this point” and implied that he may have to transition to the Men’s Open division at the upcoming Olympia. That speculation would line up with Lunsford’s recent training and nutritional parameters.

If he wanted to flex in the Men’s Open division, Elgargni will have to earn a spot in that division at the 2022 Mr. Olympia; he can do so by winning either of the Tampa or Texas Pro contests, or by finishing in the top three in the Men’s Open category by the time the Olympia qualification period ends on November 20, 2022.

As a former 212 champion, Elgargni has an automatic lifetime qualification in that division.

Elgargni has an intriguing competitive path ahead of him. If all goes well, he could soon maximize it.