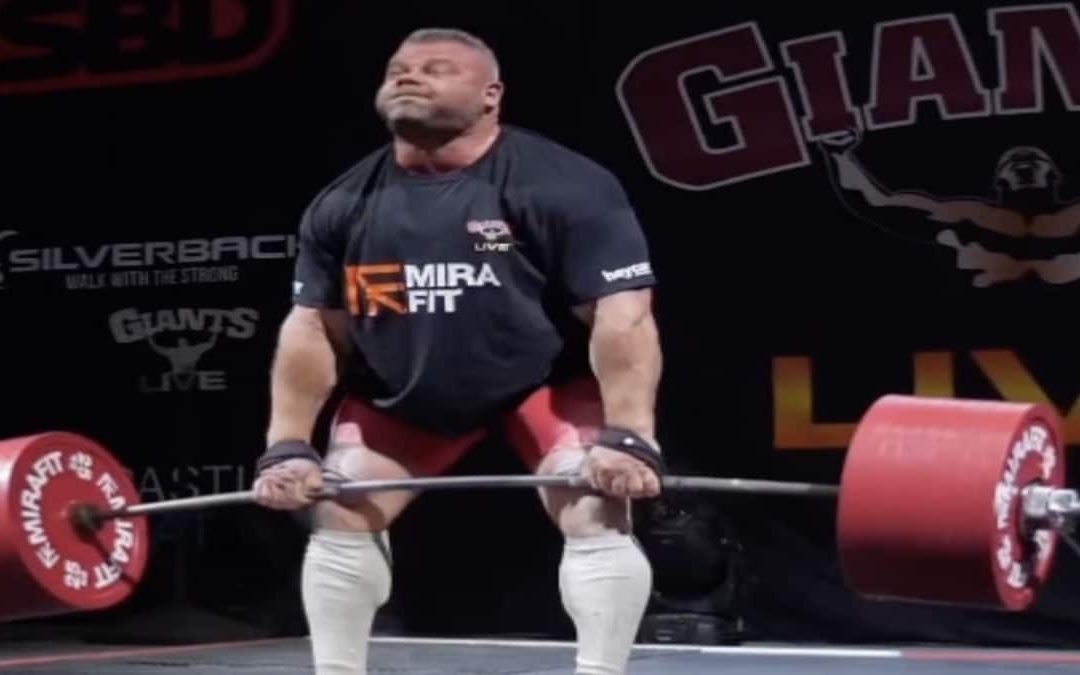 Mikhail Shivlyakov held the previous record mark thanks to a deadlift of 436 kilograms (962 pounds) from the 2020 World’s Ultimate Strongman (WUS) “Feats of Strength” series.

[Related: The 20 Best Leg Exercises for Size and Strength]

However, Heinla was the only competitor able to lock out a rep of 1,000 pounds or more successfully, and he took home the victory as a result. Heinla and former World’s Strongest Man (WSM) champions Hafthor Björnsson (2018) and Eddie Hall (2017) remain the only strongmen to have ever deadlifted that much weight from the floor.

Notably, none of the athletes could deadlift 505 kilograms (1,113 pounds) during the contest. The Giants Live organization would have rewarded the strongman who achieved such a feat with a $55,000 prize. Björnsson still owns the heaviest strongman deadlift of all-time at 501 kilograms (1,104.5 pounds). He captured that mark at the 2020 WUS “Feats of Strength” series.

Here are the complete top results from the 2022 World Deadlift Championships:

Heinla winning the 2022 WDC could be seen as a perfect culmination of much of his recent training focus.

Heinla adds the Master’s World Record to an impressive resume of deadlift accomplishments. He possesses the all-time 400-kilogram (881.8-pound) deadlift for reps World Record with six at the 2020 World’s Ultimate Strongman Feats of Strength series. Plus, he is also the Silver Dollar World Record holder with a pull of 579.7 kilograms (1,278 pounds) at the 2022 Silver Dollar Deadlift Estonian Championship.

With Heinla’s victory at the 2022 WDC, one of strongman’s greatest deadlifters can now officially call himself the world’s top active deadlifter.