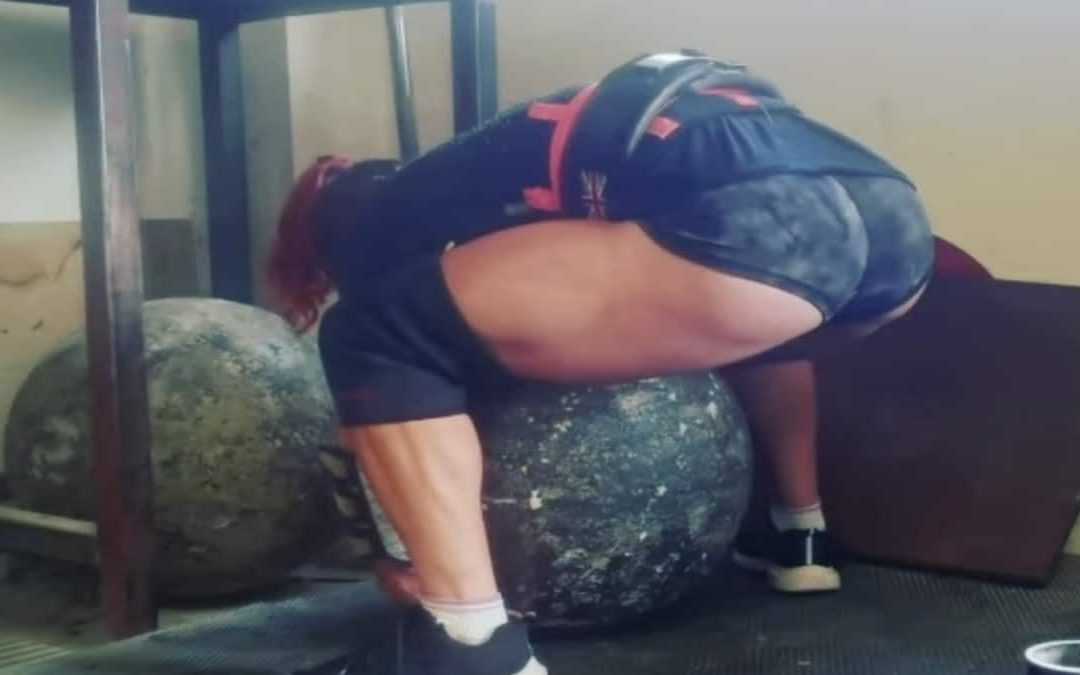 Rhianon Lovelace didn’t become one of the world’s top-tier strongwomen without lofty training ambitions. The self-proclaimed “pound for pound, strongest woman on the planet” latest strength achievement has her join a club of impressive marks throughout her career.

On August 23, 2022, Lovelace shared an Instagram clip of herself completing a 120-kilogram (264-pound) Atlas Stone One Motion. According to Lovelace’s caption, the feat was just short of double her current (undisclosed) bodyweight. Though, with this footage taken into account, and if her recent competitions are any indication — Lovelace likely weighs somewhere in the range of 64 kilograms (141 pounds).

The athlete wore a lifting belt and knee sleeves while lifting the Atlas stone.

Merits of the One Motion

A staple event in many strongwoman/strongman contests, the Atlas stones present a unique challenge to respective competitors. The stones are a regular closing event, meaning they can also decide the eventual victor in many contests. However, stone-only world records also exist in strongman and strongwoman competitions.

To gain an edge over their peers in lifting the Atlas stones onto their corresponding podium, many professionals will practice the “One Motion” which saves time and can be more efficient when executed properly.

To perform an Atlas Stone One Motion, an athlete will bend over and get their upper abdomen as close to the stone as possible. They do this to limit the distance that they have to row the stone onto their body. Then, they squeeze the stone as hard as they can and lift it in a fashion reminiscent of a stiff-leg deadlift. After the stone passes their knees, they extend their hips and back in one smooth motion before placing it down.

This technique often puts athletes in a better position to thrive in a speed-focused Atlas stone event. When it comes to lifting the heaviest stone, a more segmented approach — where the athlete lifts it off the floor, positions it in their lap, and then hoists it to the podium or over a bar — is usually preferred.

As a competitor and in the gym, Lovelace has been on a relative tear of late.

At the time of this article’s publication, Lovelace is preparing to compete in the 2022 Arnold Sports Festival UK. That contest will take place on September 23-25, 2022, in Birmingham, United Kingdom. Based on her usual high standards, the elite strongwoman might have a performance to remember.