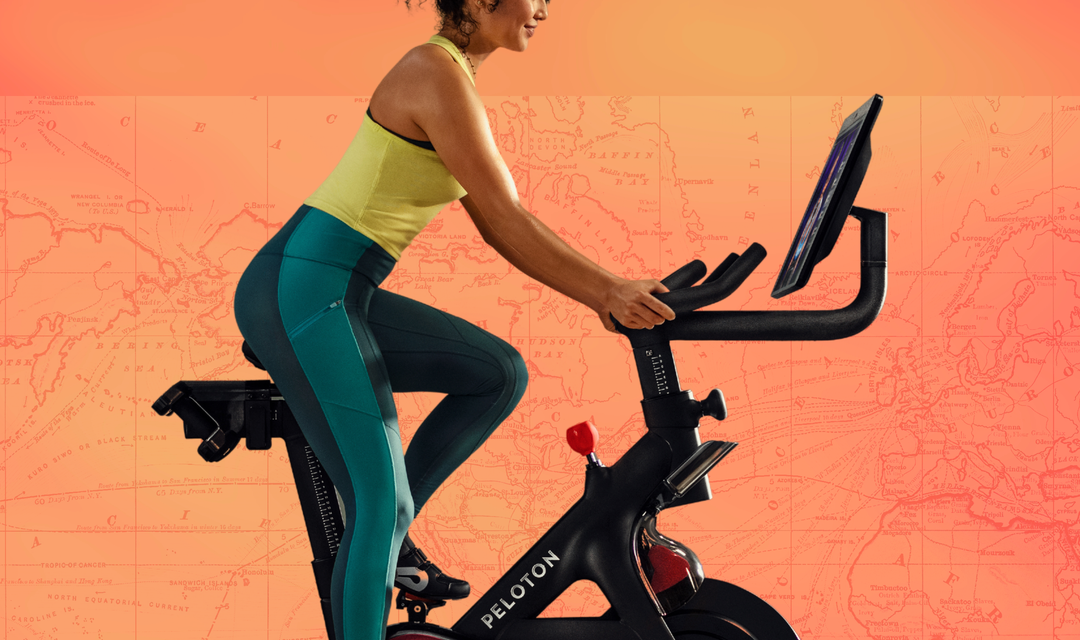 Like me, Kolbuch was a COVID-era Peloton adopter, buying the bike when his gym shut down during quarantine. In addition to cycling, he’s a fan of the platform’s other modalities, like strength training, and said having the chance to experience the studio energy first-hand was important to him. It built upon the support and camaraderie he found on the leaderboard during the isolation he experienced during the pandemic.

“I love the fact that during the classes, there are thousands, if not tens of thousands, of people riding with you at the exact same time from all over the world,” Kolbuch said. “Just to truly know that these people are listening to the same instructions and sweating with you makes it all such a worthwhile experience.”

So was 30 minutes in the presence of Rigsby worth the international adventure? “Oh definitely,” Kolbach said. “I definitely need to come back again.”

A First-Time (But Not Last!) New York City Visit From Detroit

A little over two years ago, Sara Huvaere’s brother bought a Peloton bike, but she was skeptical of the hype. “I was a little bit like, ‘I don’t know…’ but then as soon as I got it, I never looked back,” she told me in the locker room.

While this was Huvaere’s first time flying to Manhattan from her home in Detroit to experience an in-studio class, she’s kept busy in the Peloton community on the virtual level by supporting fellow riders and instructors with the hashtags she’s adopted. (By adopting specific hashtags in their Peloton bios, members form subgroups that can interact on Instagram and Facebook, and even meet up in real life.)

“I’m part of The Rad Ones group for Rad Lopez—I have to say that one first because those are the people I talk to most frequently,” Huvaere said. “Then the Kween K. Clique [for Kirsten Ferguson], the You Get to Crew [for Jess Sims], Marcel’s Army [for Marcel Dinkins]. I’m all-in, I could keep rattling on!”

Huvaere did her fellow Kween K. Clique members proud by making the pilgrimage to the studio for Ferguson’s live birthday run. So, was it everything she thought it would be?

“And more!” she said. “I got to meet Jess Sims and Camila Ramon, and they’re all just amazing people—all of them. That’s been the best part.”

As we chatted, I assumed she fulfilled her dream of running alongside her role model IRL and could return home to Detroit feeling fulfilled. But turns out, this trip is just the beginning.

“I’m flying back out for classes on the 3rd and 4th of September,” she said. “This is a real community, so it’s just cool to have that full circle moment.”

A Decade-in-the-Making Trip From Indiana, Pennsylvania

A lot of people claim to be “Peloton OGs,” but Laura Musser has the cred to back it up: The Pennsylvania resident and mom of two bought her bike back in 2013, just a year after the company launched.