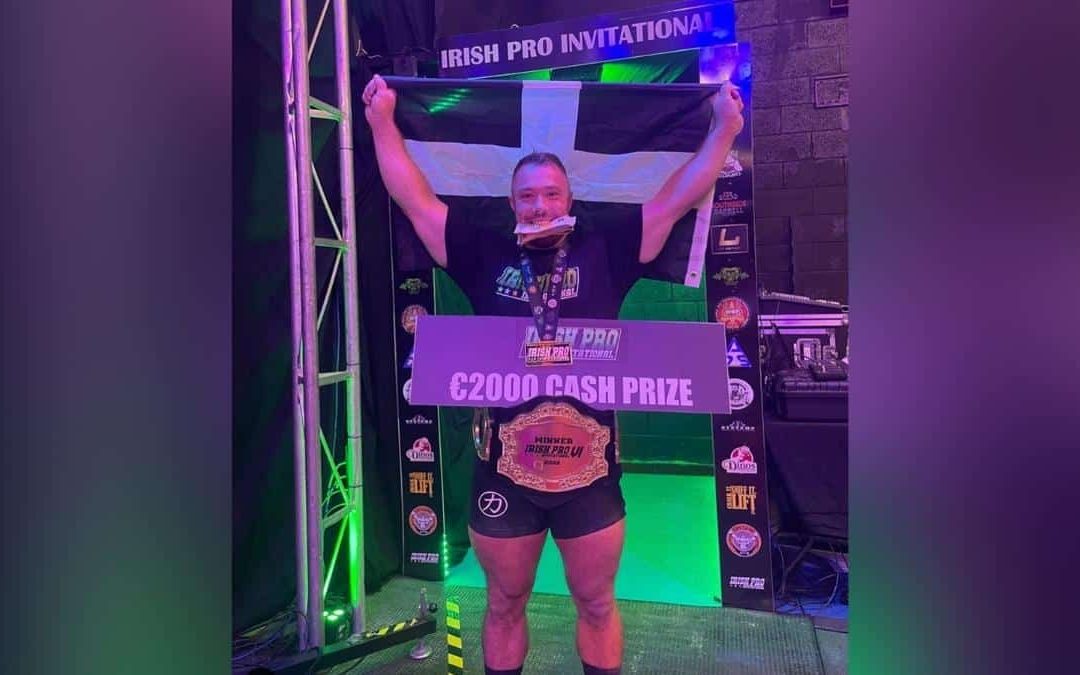 The new record was Pugh’s second of his three attempts at that meet. He attempted 375 kilograms (826.7 pounds), but the attempt wasn’t successful. Overall, Pugh was one for three on the squat, and three for three on both the bench press (where he also set a one-kilogram personal record) and deadlift. He would leave with the overall championship belt and title from the meet as well. The summary of Pugh’s day is as follows.

Aside from the all-time world record in wraps, Pugh also shared in the post that it was a personal best by 16 kilograms. His previous best mark was 358.5 kilograms (790.3 pounds), which he achieved at the 2022 GPC European Championships on June 29, 2022. The new personal and all-time world record replaces Maliek Derstine’s mark of 365 kilograms (804.7 pounds), which was set at the 2020 USPA Dirth South Powerlifting Championships.

At 29 years old, this is Pugh’s seventh year of competing in powerlifting, according to Open Powerlifting. This is the only all-time world record in the Raw With Wraps category that he holds as of this writing. He has also competed in single-ply and multi-ply meets.

His personal best squat in a single-ply squat suit is 340 kilograms (749.5 pounds), and he set that mark in April 2022 at the Nottingham Strong Qualifier event. His best multi-ply squat is actually less than that. On July 30, 2017, Pugh completed a lift of 307.5 kilograms (678 pounds) at the Salisbury Qualifier event.

Pugh is no stranger to other weight classes, having also competed in the 90 and 100-kilogram classes this year alone. As of this writing, Pugh hasn’t shared what his next meet will be or if he will compete in a different class should he do so.