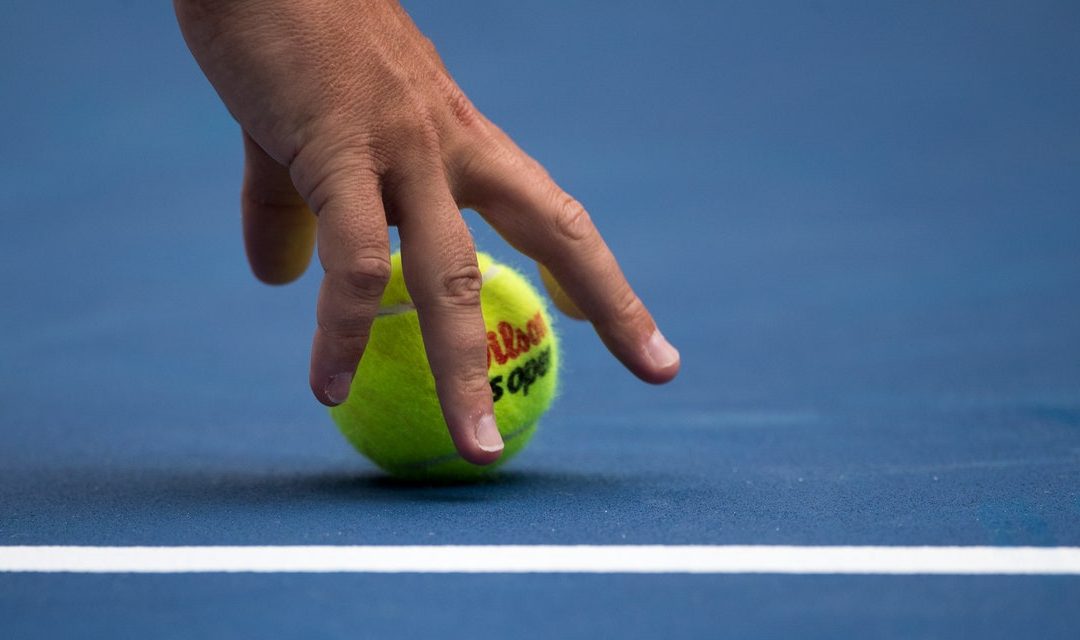 When tennis stars like Serena Williams, Coco Gauff, and Rafael Nadal take the court, it’s hard to drag your eyes away. But if you do, you’ll notice a few other key players blending into the background: the US Open Ball Crew.

We’ve all seen them on tennis broadcasts: They dash to the net to retrieve serves that didn’t quite make it over, bounce balls to the players for their second shot, and roll balls to fellow crewmates. And they do all of this without breaking the flow of the game.

So what’s it like to be a ball boy on the sport’s biggest stage? SELF caught up with first-time US Open ball boy Emerson Odagis, a 24-year-old from Philadelphia who works in software full-time, to find out how one even gets this gig, what kind of prep work allows you to do it well, and what to do if you drop the ball, literally—plus what it was like to toss the ball to Williams during her historic final victory.

SELF: You were chosen as one of the Ball Crew members to be on the court for Serena Williams’s final win. What was that like?

Emerson Odagis: That was a true bucket list item for me. It was absolutely a surreal moment. You see her on TV all the time, so you understand how strong and how powerful she really is, and then you get to see her up close in person. There were multiple times I was a foot or even six inches away from her. To be able to help her was just an honor, a privilege really.

What was her serve like when you’re that close?

It looks like the blink of an eye; it’s gone before you even see it. You see it go up, and then you know you have to turn because it’s going to go by you in a blink of an eye. As we’ve gone throughout the tournament, I’ve gotten a little better at timing when to turn my head to see things, but there were a couple times where it was by me before I recognized it. She was serving the ball at like 115 mph, which is pretty quick.

How did you get your spot on the Ball Crew?

I’ve been a tennis fan ever since I was little, and I realized I wasn’t going to make it to the US Open as a player. So earlier this year, I found an application online for the Ball Crew. I applied and included stuff about my tennis history, saying that I’d played tennis, and just talked about my knowledge of what a ball person would do and how I thought I would be a good asset to the Ball Crew. A little while later, I got an email back saying they liked my application, and they invited me up to New York City to try out.

The tryout process for me was one day, and it took about an hour. They wanted to see if we could understand the game correctly, and it was a lot of running and rolling [the balls], because that’s a critical part of being a ball boy. They run you through drills on the court, because when you do go out there, there are some obstacles you need to be aware of—you have to get around the net, the players’ bags, the chairs. It’s definitely tougher than you might think it’d be when you see it on TV.