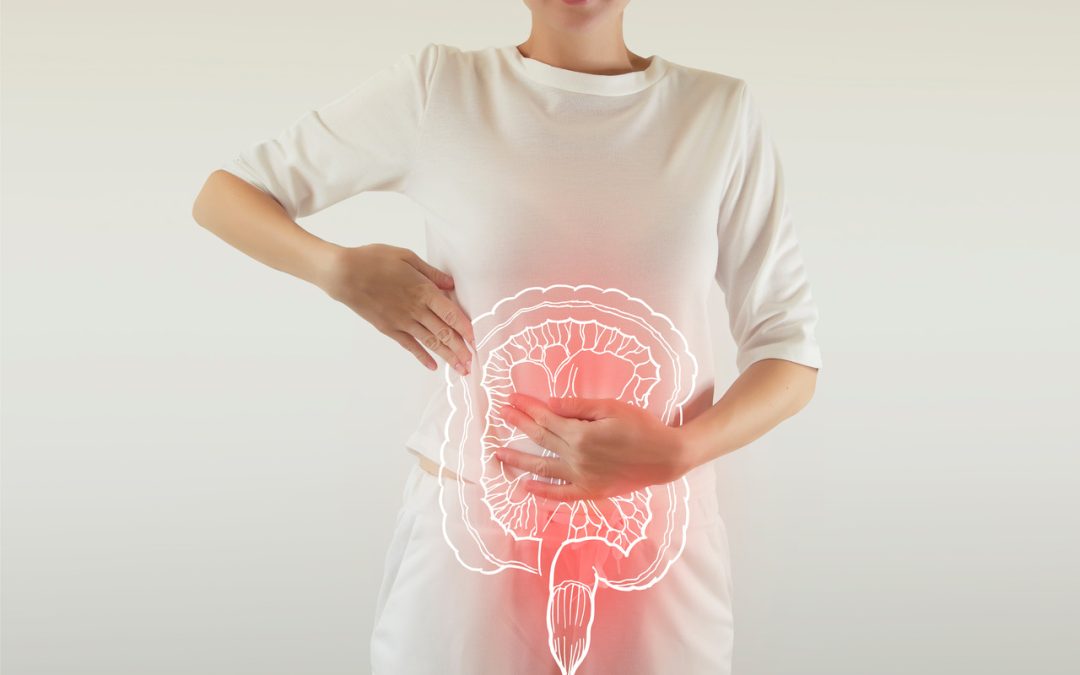 Our bodies are teeming with both good and bad bacteria. They can be found everywhere, including the mouth, gut, and skin. Probiotic strains can help improve immune function, protect against harmful bacteria, prevent infection, and improve digestion and nutrient absorption. Friendly bacteria outnumber bad bacteria in the gut under normal or “balanced” conditions. Probiotic bacteria can act as a physical barrier against bad bacteria in the gut. They also promote the growth of healthy gut flora.

Probiotics can also help to balance the bacterial imbalance caused by antibiotic usage. Antibiotics kill both good and bad bacteria, resulting in gas, cramping, and diarrhoea. Probiotics may help treat or prevent various conditions, including diarrhoea, irritable bowel syndrome, ulcerative colitis, and Crohn’s disease. The scientific community agrees that eating probiotic-rich foods may have health benefits. More research, however, is required to back up the claims. The best we can say for now is that they will not harm us and may even help.

Remember that dietary supplements, unlike medications, are not tested by the US Food and Drug Administration. Furthermore, the probiotic strains in the supplements may not be specific to the condition you want to treat. Therefore, it would be best if you schedule a consultation with a probiotic specialist, such as a qualified nutritionist from the HealthifyMe team. Always inform your doctor about any activities that may impact your health. Probiotics are lactic acid bacteria widely used in therapeutic preparations and foods. Many studies demonstrate the effects of probiotics on metabolic diseases.

Many people don’t need probiotic supplements because they get enough from their diet. Generally, people prefer to get their nutrients from foods, but supplements can be helpful in some cases. So, how do you know if you’re consuming enough probiotics? In vivo, probiotics reduce lipid peroxidation and improve lipid metabolism. For weeks, adding probiotics to the diet enhanced the immune response without causing the release of inflammatory cytokines, reducing the onset of systemic inflammatory-induced diabetes.

Probiotics are live bacteria considered “good” or beneficial to the functioning and health of your body. Many probiotics are similar to bacteria found naturally in the human body. You may already be consuming some of these beneficial bacteria if you consume fermented foods such as:

There are many different strains of probiotics, each with its unique function. Because everyone has a diverse gut microbiome (the balance of beneficial bacteria in the gut), the best probiotic for you may be different from the best probiotic for someone else. In addition, probiotics have physiological functions such as pathogen inhibition, digestion aid, immunoregulatory activity, and antitumor activity.

According to USDA, 100g of yoghurt containing probiotics offers the following nutrients.

Probiotics can contain a wide range of microorganisms. Bacteria from the Lactobacillus and Bifidobacterium groups are the most common. However, as probiotics, you can use other bacteria and yeasts such as Saccharomyces boulardii.

Probiotics of various types may have different effects. For example, just because one type of Lactobacillus helps prevent an illness doesn’t mean that another kind of Lactobacillus or any of the Bifidobacterium probiotics will do the same.

Probiotics from two major genera are the most commonly consumed. These are also the most researched probiotic genera:

This bacterial genus you can commonly find in foods and supplements. You can expect them to:

Lactobacillus is a bacterial genus that produces lactase, an enzyme that breaks down lactose or milk sugar. These bacteria also produce lactic acid. Lactic acid aids in the control of bacterial populations. It also acts as muscle fuel and improves mineral absorption in the body. You can naturally find Lactobacillus bacteria in the following:

Probiotics That You can Commonly Find

Finding a supplement that contains suitable probiotic strains is vital to your health. The following are the most common and well-researched strains to look for.

This strain is one of the most effective probiotics for treating travellers’ diarrhoea and diarrhoea caused by antibiotic use. L. Rhamnosus GG adheres to the intestinal walls and fights infections in the GI tract and urinary tract once consumed. Nutritionists recommend this strain for those who have lactose intolerance and have difficulty digesting dairy products. It is also one of the best probiotics for supporting vaginal health.

You can primarily find these strains in the mucous membranes of the oral cavity/mouth. Studies linked K12 to fewer sore throats, improved ear health, decreased dental plaque, and improved oral health in children and adults. Studies related M18 to a better inflammatory response in the gums and teeth.

Another bacterial strain that produces lactic acid and enzymes that aid in lactose digestion is Coagulans. It improves your body’s absorption of nutrients and minerals like phosphorus, iron, and calcium. It also benefits vaginal health. Studies show that 91% of women who supplemented their daily diet with B. Coagulans improved their vaginal health, pH levels, and discomfort. This spore-bearing bacteria, which belongs to the Bacillus family of bacteria, stays in the body longer than other bacteria. It is highly resistant to light, stomach acid, moisture, and heat.

Thermophilus is a well-studied strain that is especially beneficial to women’s health. In addition to helping with digestive issues like leaky gut, IBS, and diarrhoea, this strain also aids in dairy digestion by producing lactase. It also increases immune resistance to common infections. S. thermophilus is a boon to the commercial food industry because it is a starter strain for making probiotic-rich cheese and yoghurt.

The connection between probiotics and happiness has a long history. More than a century has passed since studies discovered that the gut microbiota of healthy breast-fed infants was dominated by rods with a bifid shape (bifidobacteria). These were absent in formula-fed infants suffering from diarrhoea, establishing that they played a role in health maintenance. Studies show probiotic consumption improves intestinal health, can improve lactose intolerance symptoms, and lowers the risk of various diseases. Several well-characterised strains of Lactobacilli and Bifidobacteria are available for human use.

There is substantial evidence to support probiotic use in treating acute diarrhoeal diseases, prevention of antibiotic-associated diarrhoea, and improvement of lactose metabolism, but not in other clinical conditions.

Many different bacteria live in your gut and are part of your microbiome, a collection of over 100 trillion microbes.

All of these bacteria collaborate to help your body do the following:

However, the precise mechanism by which bacteria influence your weight is unknown. According to one study of twins, those who were obese had less diversity of gut bacteria than those who were lean.

Other research has found that certain bacteria strains may slow weight gain. Some strains aid in weight loss, while others reduce waist circumference. Some researchers, however, have been unable to establish a link between bacteria and weight.

According to research, people with digestive issues, obesity, and food allergies have lower levels of healthy bacteria. Also, it suggests that consuming probiotics through food or supplements could help with these and other issues. Probiotics help to strengthen the microbiome by introducing more beneficial bacteria. Once the “good” bacteria have colonised your system, they work to maintain homeostasis to keep your digestive and immune systems strong and healthy.

Here are four probiotic strains that impact metabolic health and the specific role each plays in the body.

Lactobacillus Rhamnosus GG (LGG) is a probiotic bacterial strain that has recently received much attention, particularly in metabolic syndrome. LGG’s anti-obesogenic and anti-diabetic effects can be attributed to its ability to improve insulin resistance by modulating the gut microbiota in cases of diet-induced obesity.

Several previous studies have suggested that administering LGG to mice with HFD-induced obesity may affect lipid metabolism. However, studies found that feeding mice a high-fat diet supplemented with LGG for 13 weeks reduced body weight gain while not affecting epididymal fat weight. According to these findings, LGG supplementation may help to alleviate leptin resistance caused by HFD by improving the host’s digestive health.

As previously stated, bifidobacteria play an essential role in human health. Tissier (1900) was the first to report the isolation of a Bifidobacterium species (then known as Bacillus Bifidus Communis) from a breast-fed infant’s faeces. Bifidobacteria are Gram-positive, heterofermentative microorganisms that are non-motile and do not form spores.

Some research suggests that B. Infantis’ anti-inflammatory properties may help with IBS, ulcerative colitis, and skin conditions like psoriasis. Despite being completely different, dieticians linked psoriasis and obesity in studies.

Enterococci are commercially and medically essential bacteria that you can find near almost all types of animal life. Their colonisation range is enabled by inherent stress tolerance and diverse metabolic capabilities. While people have studied enterococcal metabolism for over a century, it is only in the last few years that we have begun understanding how enterococci adapt to different environments and colonise different host ranges. Understanding the basic metabolism of all Enterococci will allow us to develop tailored treatments for this tough organism. While much is left to discover, we owe much to previous generations of researchers.

Saccharomyces cerevisiae, also known as brewer’s or baker’s yeast, has long been used in baking, winemaking, and brewing. It comes from the Latinized Greek word for “sugar fungus” because it ferments sugars and starches into alcohol and carbon dioxide. According to studies, the known natural reservoirs of S. cerevisiae are typically nutrient-depleted, with brief periods of abundant resource availability.

Yeasts produce ATP from glucose via two pathways: respiration and fermentation. Both ways begin with glycolysis, which has two molecules of pyruvate and ATP per glucose. Next, you ferment pyruvate to produce ethanol.

A butyrate producer is a common microbe that helps control glucose and maintain intestinal stability and balance. People first described this bacteria as Eubacterium Hallii in 1974 (relatively recently in the scientific world). It was renamed Anaerobutyricum Hallii in 2018. Although human research on A. Hallii is limited, animal studies and lab research indicate that it may play an essential role in preventing and treating conditions such as inflammatory bowel disease (IBD), which includes ulcerative colitis and Crohn’s disease.

A. Halli is available from Pendulum as a medical-grade probiotic supplement in combination with other bacterial strains such as Akkermansia Muciniphila and Clostridium Butyricum. A. Halli is promoted by plant-based and fibre-rich foods such as whole grains, beans, and artichokes.

Probiotics are becoming increasingly popular to achieve a healthier balance of gut bacteria. Probiotics are live bacteria and yeasts found in foods (such as yoghurt, kefir, and kombucha) and dietary supplements. They help the body build and maintain a healthy colony of bacteria; other microorganisms support the gut and aid digestion.

Researchers are increasingly studying probiotics to see if they can help prevent or reduce the risk of various health problems. There is evidence that certain strains may be beneficial in improving body composition in healthy and overweight or obese individuals. It helps with insulin sensitivity and lipid profile in overweight or obese individuals. The mechanism of action, however, is unknown. Probiotic strains from different genera are likely to have different mechanisms of action. Many factors can influence the effect of gut microbiota, including the strain(s) used, the number of bacteria, the dose, and viability.