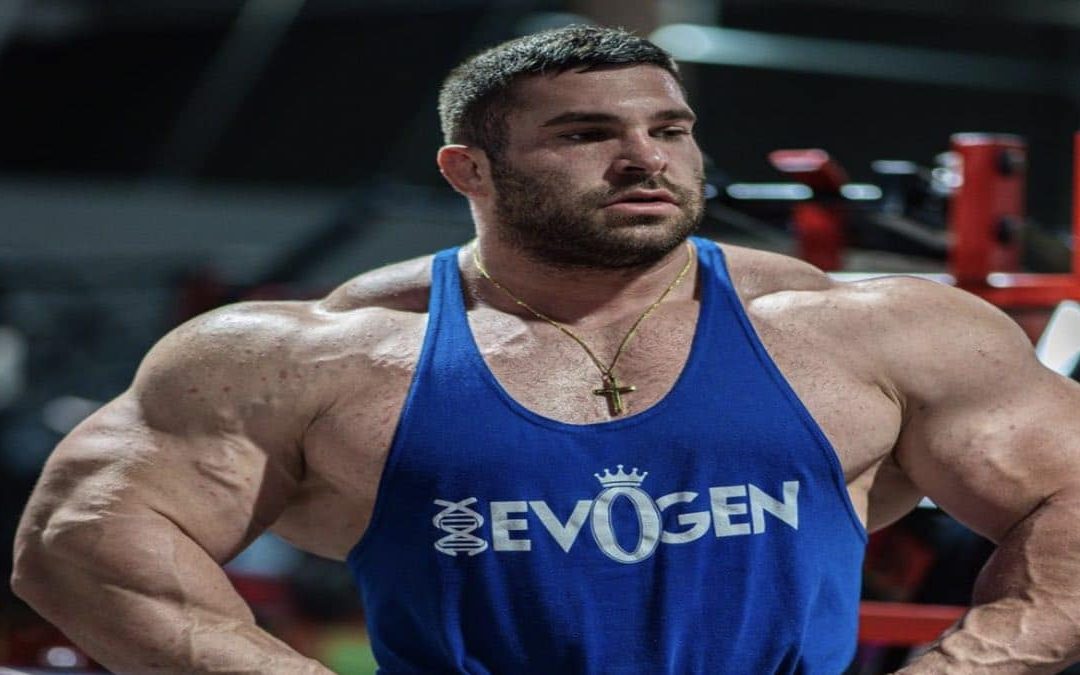 Derek Lunsford is the reigning 212 Olympia champion but won’t be defending that title at the 2022 Mr. Olympia after recently getting a special invitation to the Men’s Open division. The International Federation of Bodybuilding and Fitness (IFFB) Pro League member and his coach Hany Rambod recently had a candid conversation about what went into the division transition. Plus, they quickly diagrammed how the athlete will approach his upcoming training for the contest.

On Sept. 19, 2022, a video of their discussion was posted to Rambod’s YouTube channel.

[Related: How to Do the Cable Crossover for Chest Size]

According to Lunsford and Rambod, the pair initially thought of shifting the bodybuilder to the Men’s Open division in May 2022. After the athlete had guest-posed — and held his own — at the 2022 Pittsburgh Pro alongside names like two-time reigning Mr. Olympia Mamdouh “Big Ramy” Elssbiay, Nick Walker, Brandon Curry, and Hunter Labrada, Lunsford and Rambod began to consider the possibility.

Notably, Rambod had concerns that Lunsford wouldn’t be able to make weight for the 212 category again. When Chief Olympia Officer Dan Solomon suggested that Lunsford was “nowhere near 212 pounds” in a July episode of Olympia TV on YouTube, the writing might have been on the wall for Lunsford’s eventual special invitation.

[Related: How to Do the Triceps Kickback for Arm Size]

To explain his rationale behind moving to the Men’s Open, Lunsford maintains that he had a desire to keep building mass.

“I could just feel my body wanting to grow,” said Lunsford. “After earning the 212 Mr. Olympia title last year (2021), I took a break for a little bit, but I just wanted to keep getting better every single day. For me, it was like we achieved something, and now I want to see how much better I can be. So, I just didn’t want to stop.”

In the aftermath of his 212 Olympia victory, Lunsford noted that he kept training hard and gaining weight no matter what he did to mitigate the growth.

“After the Olympia, I kept training, eating clean, doing cardio, and feeling good, but I started to gain weight,” Lunsford said. “I tried to keep my weight under 240 pounds, and if we could max out at 240, we’d be good.”

[Related: Workout Splits Explained — How They Work and Why You Need Them]

Lunsford and Rambod know they’ll face tough sledding in a competitive division with Elssbiay, Walker, Labrada, and Curry. To prepare for the slate of elite peers, Rambod clarified the bodybuilder’s next steps, which will focus a lot on preparing his upper body.

“For him [Lunsford], it’s going to be about his back, his chest, his shoulders, his arms, and continuing to grow his outer sweep,” Rambod said. “His legs are going to look stronger now.”

As for why Lunsford ultimately wanted to move up to the Men’s Open, weight fluctuation wasn’t the only reason per Rambod. The answer is simple — Lunsford wants to be in the company of all-time greats.

“Derek [Lunsford] wanted to win the Sandow Trophy [in the Open division] and be like Arnold Schwarzenegger, Lee Haney, Jay Cutler, Phil Heath — all of them,” Rambod said. “It’s about what your end goal is and what your dream of winning is.”