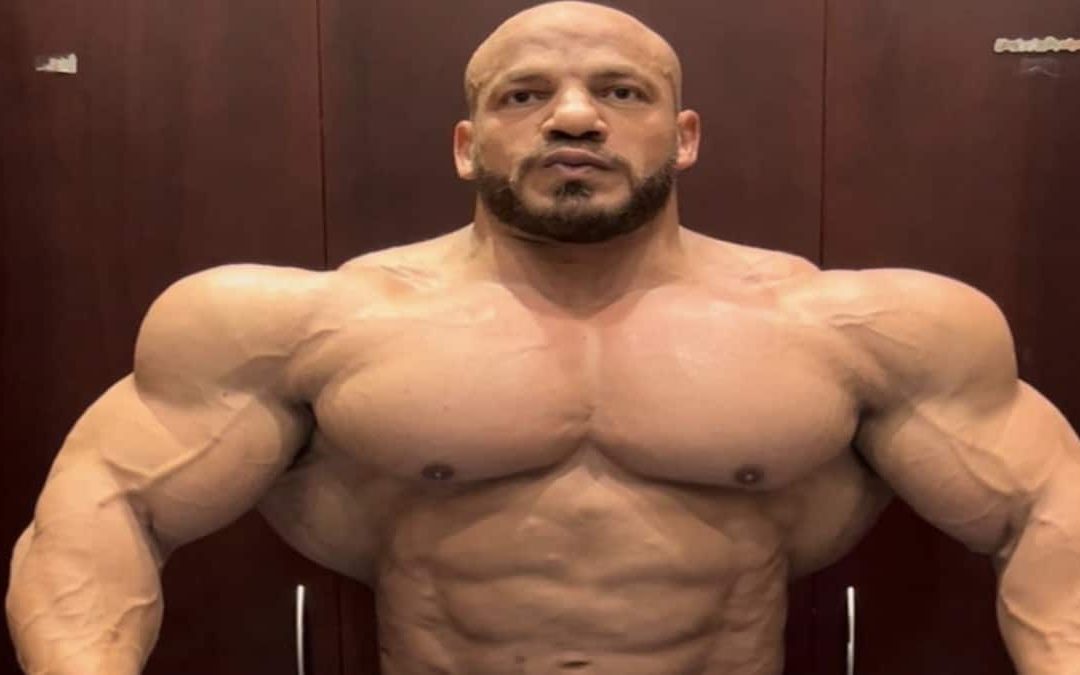 In the late fall of 2022, Mamdouh “Big Ramy” Elssbiay will try for a rare accomplishment during the 2022 Mr. Olympia on Dec. 16-18, 2022, in Las Vegas, NV. Should the two-time reigning Mr. Olympia champion capture this year’s title, he will complete a historic three-peat. The superstar’s latest update on his training, mass, and physique might say he’s ready for the unique milestone.

On Sept. 22, 2022, Elssbiay shared an Instagram post where he weighs is 337.7 pounds. According to his post’s caption, they are the “last pictures” before he starts his “contest diet” for the 2022 Mr. Olympia.

[Related: Workout Splits Explained — How They Work and Why You Need Them]

Since 2016, Elssbiay has centered his focus on the Mr. Olympia. According to NPC News Online, he’s competed mainly in the Olympia — occasionally guest-posing appearing at the 2020 Arnold Sports Festival, where he placed third.

Elssbiay’s final physique update for the 2022 competitive season is only a small change weight-wise from when he weighed in at 336 pounds in early August 2022. That weight update drew reactions from around the bodybuilding world. One of the more memorable impressions was from fifth-place finisher in 2021 Nick Walker, who will attempt to challenge Elssbiay’s title in December.

In an August 13, 2022, appearance on the Fouad Abiad Media YouTube channel, Walker noted that “if he [Elssbiay] comes in shredded, he’s probably going to win again.” At the same time, Walker maintained that he thinks it could be a “good battle” between himself and Elssbiay.

Walker isn’t the only one Elssbiay will have to topple to make Olympia history.

It won’t be an easy task for Elssbiay to take his ripped physique and enter a special pantheon of all-time greats with a third consecutive Olympia win. Though, those who make history rarely do so without overcoming challenging obstacles.