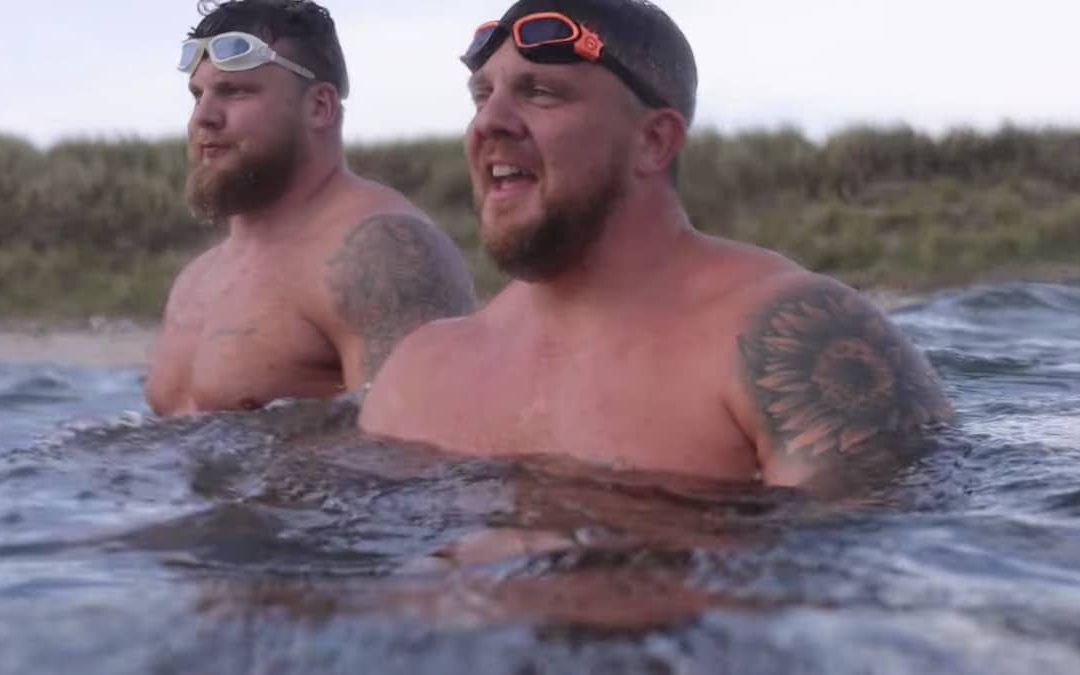 It might be impossible to have familiarity with strongman as a sport and not know the exploits of the Stoltman brothers. Among their individual achievements, Tom Stoltman is the two-time defending World’s Strongest Man (WSM) champion (2021-2022), while his older brother Luke won the 2021 Europe’s Strongest Man (ESM). In a shift from their usual task of lifting hefty objects, the two brothers decided to train in a different kind of athleticism.

On Oct. 5, 2022, the Stoltmans uploaded a video to their joint YouTube channel where Tom and Luke take cues about how to swim from extreme adventurer and ultra-marathon swimmer Ross Edgley. Edgley is notably the first known person in history to swim around Great Britain’s length of 1,780 miles (2,864 kilometers). The trio decided to conduct the swimming lesson in an undisclosed portion of the North Sea somewhere in the United Kingdom.

Given that temperatures in the North Sea are a “little chilly” for swimming in early October — roughly 54 degrees Fahrenheit (12 degrees Celsius) — it might have been safe to assume the group would outfit themselves in heating gear.

Instead, the Stoltmans elect to jump into the water while wearing just swim trunks with swim goggles for their vision. Once they’re in the water, Edgley relays his personal process for swimming, especially when he’s in the middle of an ultra-marathon.

Edgley details something he calls the “catch-up stroke,” where one arm doesn’t make its own individual stroke through the water until it “catches up” with the other arm. The objective behind the technique seems to be about efficiency and saving energy while in the water, given the apparent shorter strokes.

For the Stoltmans, two elite strongmen who each weigh 350-plus pounds, this technique is a means of “slowing down” their strong arms to focus their power and channel it into a quality swim.

The group seemingly puts Edgley’s technique into successful practice as the camera pans over them swimming through a current in the North Sea. To close their day, the Stoltmans and Edgley spend some time relaxing in the sauna and a small cold pool.

After their short foray into autumn swimming lessons in the North Sea, the Stoltmans have a stocked strongman slate ahead of them.

The brothers will compete at the 2022 Giants Live World Tour Finals on Oct. 8, 2022, in Glasgow, Scotland. Luke is the contest’s defending champion, while Tom was last year’s runner-up. Both Stoltmans will then team up as members of Team United Kingdom at the 2022 Giants Live World’s Strongest Nation on Nov. 26, 2022, in Liverpool, England. Strongman legend and 2017 WSM champ Eddie Hall will be their team captain.

Even after swimming with an extreme adventurer, the grinding strongman mentality seemingly never stops for these two elite competitors.