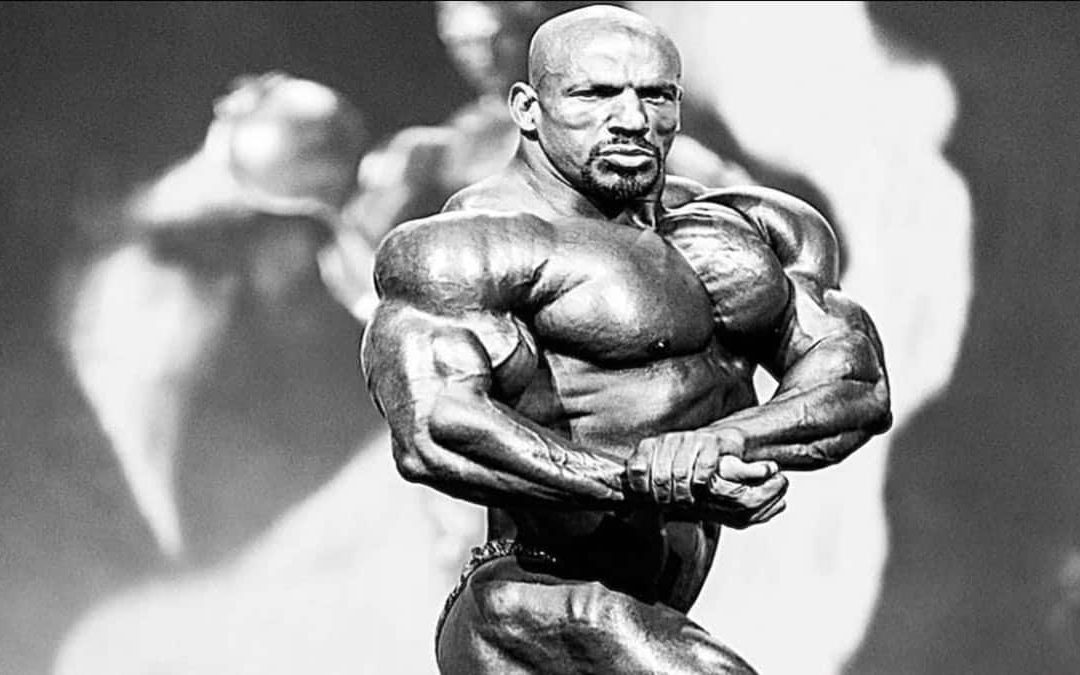 Ronnie Coleman might be retired from competitive bodybuilding, but that doesn’t mean he doesn’t keep a close eye on the current state of the sport. With the 2022 Mr. Olympia on the horizon, the eight-time winner of the prestigious contest (1998-2005) maximized an opportunity to dispense his expertise.

On Oct. 10, 2022, Coleman uploaded a video to his YouTube channel where he breaks down who he feels are the top contenders for this year’s Olympia title. In a stacked field, Coleman centers on two-time reigning champ Mamdouh “Big Ramy” Elssbiay as his overall winner. Still, he offers thoughtful insights on everyone trying to topple the massive Egyptian athlete.

Using accompanying photos while he spoke, Coleman shared his thoughts on some of the more prominent contenders for the 2022 Mr. Olympia title.

To Coleman, Walker has the necessary physique to win the Olympia but has to slightly refine aspects of his physical conditioning first.

“He’s [Walker] got great shoulders and great arms,” Coleman said. “As far as his chest, he’s got a decent-sized chest, it just needs to be a little bit wider. For the most part, he needs to work on his conditioning, and he’s going to do pretty good against these current competitors.”

Coleman appreciates Labrada’s overall build but thinks his current v-taper and back muscles need work for the athlete to be a serious contender.

“I think once he [Labrada] gets his separation going, once he works on his hamstrings, he’ll have some nice hamstrings,” Coleman said. “But for the most part, he got a pretty good wide back, but he probably needs to be just a little bit wider because his v-taper isn’t all that good right now.”

For Coleman, Awodibu has the necessary aesthetic to stand out, but he needs more polish on his arms and legs.

“He’s [Awodibu] got great ab shots and a great side serratus shot,” Coleman clarified. “He probably needs more separation in his legs from the front there. A lot of trap work. His traps aren’t too good right here, but I think if he can get his traps up, get some roundness on his arms, and a little bit more separation on his legs, then he’d be pretty good.”

Križánek might have recently earned his International Federation of Bodybuilding and Fitness (IFBB) Pro Card, but Coleman still thinks the ascending athlete has a lot of ground to make up.

“Križánek’s got some freaky arms,” Coleman said. “A nice and big chest, but he needs some width on it, I’d say. I don’t see a lot of width on his back. That’s not a good backshot. He doesn’t have a v-taper going. Now, I see, he has great arms, though. But they are kind of throwing off his physique.”

After years of finishing near the top, Coleman thinks Choopan is potentially on the brink of Olympia greatness.

“Hadi [Choopan], I see great things ahead for him,” Coleman maintained. “This guy can probably win the Olympia once he puts it all together. He’s not that far off at all. Hadi .. keep it up, my man.”

Coleman did not mince his words in praise of Elssbiay. He already considered the superstar an Olympia fixture in the years to come and continued down that same path here.

“With all this size, and the great v-taper he’s [Elssbiay] got, and the biggest shoulders you’ve ever wanted to see, I don’t see nobody taking him out, nobody at all,” Coleman noted. “So, Big Ramy, congrats on your third Olympia, my friend. I think you’re going to take it again.”

[Related: 4 Workouts with A Single Dumbbell for Muscle, Fat Loss, and More]

To Coleman, Bonac is one of the true dark horses at the 2022 Mr. Olympia. He believes that with a little polish here and there, Bonac could make noise on stage.

“This guy [Bonac] could be unstoppable,” Coleman said. “He’s got nice peaks from the backs on his arms, he’s got a good Christmas tree, and he’s got a nice wide back. Yeah, I think he can do some real damage.”

While Coleman thinks Jacked can be a force in bodybuilding, the legend made it seem as if the young phenom needs a little more time before he’s at the top of the Olympia mountain.

“Andrew [Jacked] has a nice physique going,” Coleman said. “He’s got nice arms on him. The only thing I can tell he needs to work on is his back. That comes in time. As you can see, he’s got a nice backshot. You get that bad boy separated and a little bit thicker in his upper back, and he will be hard to beat. He’d probably kill these guys in these Open shows they got.”

To close the video, Coleman made his official prediction for the top 10 at the Mr. Olympia, with Elssbiay sitting on top:

*Note: Clarida, winner of the 212 Olympia in 2020 and consistent top-placing competitor in the 212 division, has not confirmed if he would compete in the Open division at the time of this writing.

[Related: The 10 Best Dumbbell Exercises to Hit Your Lats]

Whether anyone can beat Elssbiay and prevent his potential three-peat remains to be seen. Even if Coleman doesn’t see it happening, the Mr. Olympia should be a fascinating competition this late fall.