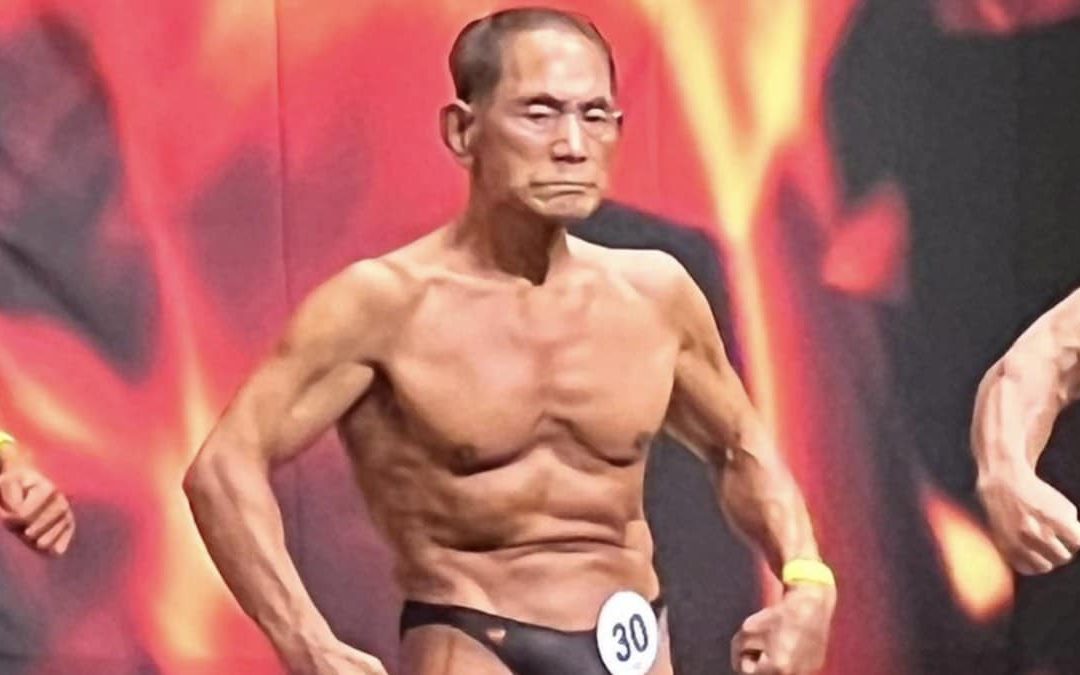 A common axiom about enjoying life is that “you’re only as old as you feel.” For one seasoned Japanese bodybuilder with a stellar physique — who continues to compete and train at a later stage of his life — it seems he’s taking this mentality straight to the heart.

Toshisuke Kanazawa is an 86-year-old bodybuilder from Hiroshima, Japan. On Oct. 9, 2022, he stepped on stage at the 2022 Japan Bodybuilding Championships, which is a contest under the umbrella of the Japan Bodybuilding & Fitness Federation (JBBF). According to a translated report from the Japanese daily national newspaper, The Mainichi, Kanazawa’s appearance on said stage broke his record from 2021 by making him the oldest athlete to ever compete at the Japan Championships.

Kanazawa didn’t have a high finish at the contest, failing to qualify for the top 12, but that result doesn’t seem to bother him. If anything, it appears he’s more appreciative of continued friendly competition.

“I’m grateful for just being able to participate,” Kanazawa told The Mainichi. “I hope I can reach the hearts of others when they see me take on a challenge, even in old age.”

That aside, Kanazawa already has a decorated resume of accomplishments.

In his mid-20s, the Japanese athlete won the title of “Mister Japan” twice in four years. After he retired at the age of 34, Kanazawa showed his resolve, fitness, and strength when he would later make a comeback at age 50. Per The Mainichi, over the course of his illustrious career, Kanazawa was a Japanese champion 15 times (13 of which were Masters titles; ages 40-plus), even winning a championship at 57 years old.

Before Kanazawa took part in the recent Japan Bodybuilding Championships, his most recent contest was the 2022 Japan Masters Championships, held in August in Hokkaido, Japan. Kanazawa finished in second place. He would profess to The Mainichi about that competition, saying, “I’m still not anywhere near the finish line. It’s important to keep setting goals and taking on challenges no matter how old you are.”

Kanazawa isn’t slowing down plans for professional bodybuilding any time soon. The athlete will be a part of the upcoming International Federation of Bodybuilding and Fitness (IFBB) Masters World Championships on Nov. 6, 2022, where he will become the oldest-ever participant in that contest, as well. Beyond that, it looks like there’s still plenty of runway left for this uniquely motivated competitor.

“I want to compete until I’m 90,” Kanazawa said to The Mainichi. “And I’d like to set myself as an example to other grandpas and grandmas in the world by living healthy until 100.”