Yes, The Retinol Purge Is Real — Here's How To Deal, From Experts 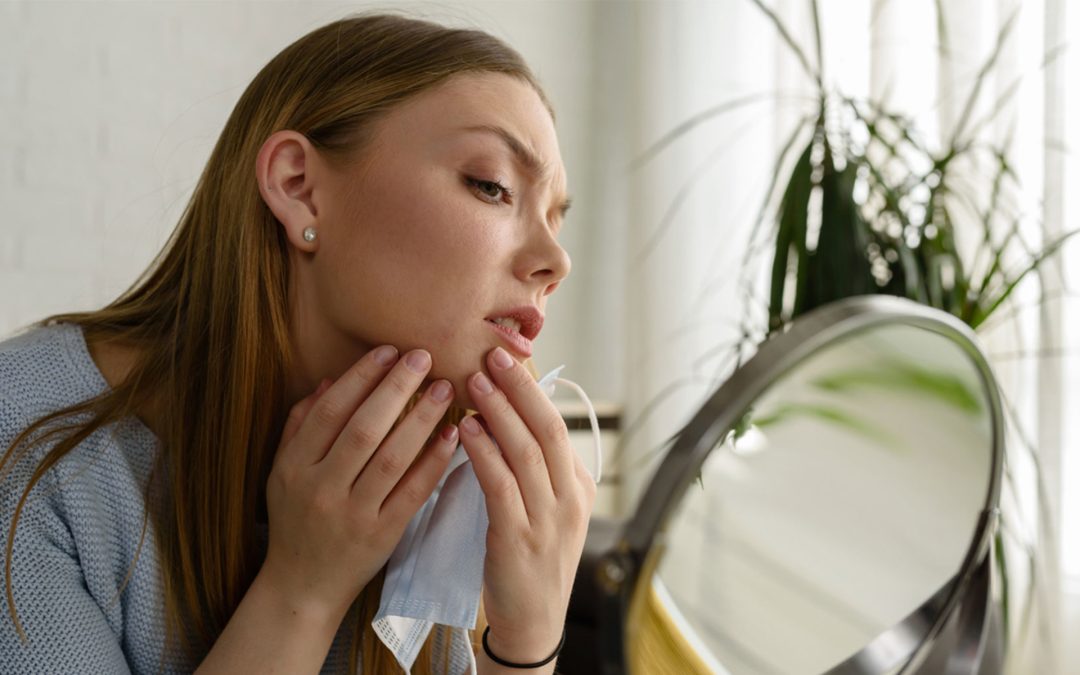 Unfortunately, sometimes things have to get worse before they get better. This is true with plenty of things in life, and sometimes even in skin care too. The famous “retinol purge” is a perfect example—if you break out for a few weeks after you start using retinol, that actually might be a good thing in the long run.

There is truth behind this buzzy term, but it’s more nuanced than you might think. Plus, there are a few ways to tweak your routine to minimize the initial reaction as much as possible. Here’s everything you need to know, from experts.

“Because retinol speeds up cell turnover of the skin, in the beginning it is possible to experience a temporary worsening of acne,” board-certified dermatologist and YouTube creator Andrea Suarez, M.D., FAAD, tells mbg. “It is basically acne that is down below the surface of the skin, coming to the surface all at once,” she explains.

So retinol is not simply causing your skin to break out point-blank but rather expediting the process. Think of it like this: You have some breakouts on queue when you start using your retinol serum. Maybe they would come to the surface in a week, two weeks, a month, etc. Now, they’re just popping up at a faster pace.

This is a common experience, especially for those who have acne, but it even occurs if you’re not typically prone to breakouts. “It tends to occur to a greater degree if you have acne because there may be more oil and more blockages within the pores to begin with,” board-certified dermatologist Joshua Zeichner, M.D., once told mbg. “If you do not have acne at baseline, there still may be microscopic blockages within the pores allowing for buildup of mild levels of oil,” he continues.

How to tell if it’s a retinol purge or a simple breakout.

It can be hard to differentiate between skin purging and a day-to-day breakout. However, if you have just recently incorporated retinol into your routine, it’s probably the cause of your new breakouts.

That being said, it’s important to note that this is common and expected for retinol but not so much for other products. If you just started using a new hydrating serum or moisturizer, your skin shouldn’t be breaking out excessively. In that case, the product may simply be irritating your skin or clogging your pores.

Further, timing can help you decipher if it’s a breakout or purge. If it happened within the first few weeks of starting your new retinol, that’s an indication your skin is purging. But if you’ve been using the same retinol for more than eight weeks, your breakout is likely caused by something else. “​​Once the purging is done, the skin should remain clear,” Zeichner previously said.

Finally, the area may help inform you: Any breakouts on the skin surface not touched by retinol (think the hairline, scalp, back, etc.) won’t be due to retinol use. On the other hand, oily areas (like a T-zone) will be more prone to purging, since it’s more likely that there will be clogged pores.

Want a recap? 3 things to look for:

6 tips to manage a retinol purge.

Don’t give up! Retinol has many benefits for the skin, so here’s how you can deal with your purge:

If you’ve dealt with more than a few breakouts in your time, you likely already know that picking at your pimples is a huge no-no. If you pick at your purge breakouts, you’re more likely to experience scarring and dark spots. If you resist the urge to pick, you’ll have a smooth, clear surface post-purge.

2. Cycle through your skin care.

Overusing retinol will only cause more irritation. If you slowly incorporate retinol into your nighttime skin care routine (we repeat: don’t use it every night), your skin will adjust to it better than if you dive in full force.

“In general, it’s a great idea to switch to all gentle sensitive skin products while adjusting to a new retinol,” celebrity aesthetician Joshua Ross tells mbg. If you want to exfoliate the skin, opt for a gentle AHA, and never use it on the same night as your retinol.

You’ll want to schedule some evenings without exfoliants or retinol to make sure your skin has time to fully recover. This process of working through different products on different evenings is often referred to as “skin cycling,” and we’re all for it—especially for adjusting to new products.

3. Keep the rest of your routine simple.

If you’re just starting to use retinol, it’s not the best time to incorporate other new actives. It’s best to keep the rest of your routine simple and hydrating to avoid irritation and ingredient interactions.

“For example, you can switch from a foaming cleanser to creamy cleanser. From an exfoliating toner to a hydrating one. Skip the vitamin C serum and switch to a hyaluronic acid serum,” Ross says.

Post-purge, your skin will be ready for new products to be introduced, but it’s best to keep it simple and give your retinol a moment to live as the main star in your routine.

The sandwich method calls for a layer of moisture under and over your retinol. This will prevent the retinol from penetrating as deep into the skin, which will help minimize the irritation. Of course, post-purge you can apply retinol straight to clean, dry skin, but this extra step may help ease you into the process.

It’s important to make sure your final moisturizer isn’t occlusive either. This means no slugging—petrolatum-based products and botanical oils included. Occluding products increase their efficacy, and you don’t want to supercharge your retinol like you may a hyaluronic acid serum or moisturizer.

“Basic facials can be helpful during a retinol purge to help gently encourage the purging process. However, avoid heavy exfoliation and extractions, which could lead to blemishes,” Ross explains.

If you want to get a facial during your adjustment to retinol, great. Just be sure to tell your facialist that you’re trying out a new retinol product to ensure they have the knowledge to put together a safe and beneficial plan for your treatment.

Retinol products can make your skin more photosensitive, so keep up with regular daily SPF. This will help protect your skin and minimize the risk of worsening post-inflammatory hyperpigmentation from any breakouts you get during the purge.

Can you avoid the retinol purge?

Not on purpose. “Some people may not purge at all and could only experience redness and flaking skin during the initial usage phase,” Ross says. This is not due to any difference in skin care products or habits—it’s simply because some people react differently than others.

How long does a retinol purge last?

“Usually about two weeks, but no longer than six weeks,” Suarez says. If you’re still experiencing accelerated breakouts after six to eight weeks, you may want to consult a dermatologist.

Prescription-grade retinoids like tretinoin and Tazorac tend to be more potent than OTC retinol. “​​They work a bit faster, so the first few weeks can be a bit more intense, compared to a retinol,” Suarez says. So if you’re switching from gentle retinol to a prescription-grade formula, your skin may need to readjust. This won’t always include breakouts but more so increased dryness and sensitivity for a few weeks following the switch.

While everyone would love instant results from their new skin care products, that’s not always going to be the case. With new retinol, your skin may even get worse before it gets better. While the retinol purge cannot be intentionally avoided, these tips will help tend to your skin during the transition. If you want to learn more about how exactly retinol works and some of the impressive benefits this ingredient packs, check out this breakdown.