Understand ADHD & Be The Parents Your Child Needs 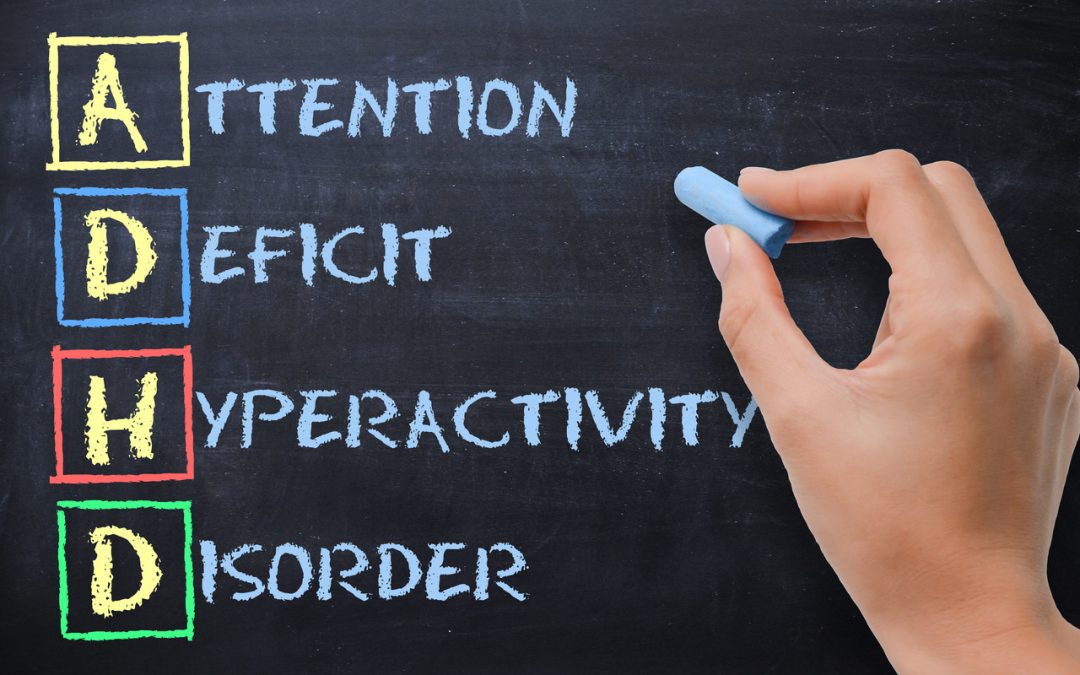 Children are little bundles of enthusiasm and energy. It is challenging to match their rhythm of verve and to keep them engaged for prolonged periods is an achievement in itself. They’re easily distracted, have the patience that lasts as long as a bubble and can get restless quite frequently. However, these characteristics gradually cease to exist as the child grows older. But that isn’t always the case. Some children continue to be hyperactive and have difficulty concentrating, paying attention or practising self-control irrespective of the gravity of the situation. This may even lead to having a difficult time academically and socially. Such children, most often than not, suffer from what we call ADHD.

ADHD stands for Attention Deficit Hyperactivity Disorder. It is a neurodevelopmental disorder that causes unusual levels of inattention, hyperactivity and impulsivity. While all of us experience varying levels of attention and activity at one point or another it is more frequent and extreme for those suffering from ADHD. Children between the age of 3-12 are most likely to be diagnosed with ADHD. In most cases, however, the symptoms get better or less evident with age but at times, ADHD can last into adulthood. Early diagnosis and conscious efforts can help those suffering from ADHD. Read the article to know about ADHD and help those you care for.

Does Your Child Have ADHD?

Restlessness and impulsivity are common traits among children. They are known to have short attention spans and no activity can keep them engaged for a very long time. Even for older children and teenagers, it’s their interest that affects their attention span.

The same goes for hyperactivity. Children are naturally energetic to the point where adults feel worn out by them. Similarly, some children may be more energetic than others and that’s completely fine. Just because your child’s energy level is different from their peers doesn’t mean they have ADHD.

Remember, it’s absolutely normal for children to have trouble focusing or behaving themselves at one point or another. However, children with ADHD just can’t outgrow these behavioural characteristics. There are a few other signs as well that indicate your child may have or develop ADHD. Let’s discuss them at length.

While this disorder can be diagnosed at any age, it usually begins during childhood. With respect to its diagnosis, the concerned individual must have the symptoms before they are 12 years old. Another important aspect is that the symptoms must be present beyond one setting. This means that if a child is having difficulty following instructions in school and cannot understand what is being taught, it should be the same at home as well or vice versa. Keeping this in mind, ADHD can be divided into 3 sub-types:

You can consider an individual as ‘inattentive’ if they are easily distracted and thus have problems staying focussed on tasks or activities such as long conversations or lectures. They cannot pay close attention due to which they make careless mistakes. They don’t listen even when you speak to them directly and appear to be lost in their thoughts. Following instructions or completing assigned work seems impossible to them. Time management is another issue which leads to unorganised schedules and missed deadlines. They avoid tasks that require sustained mental effort, such as preparing reports or completing a project. The distractions around them make them lose sight of other important things such as daily chores or errands. They may forget to return your calls, keep appointments or pay bills. They are also careless with daily items such as keys, wallets, cell phones, eyeglasses etc.

This type of ADHD mostly goes undiagnosed since it doesn’t cause much harm to those around. Inattentive children are mistakenly considered to have low interest in studies and are often ignored since they don’t disturb the classroom.

Excessive movements such as fidgeting with hands or legs and talking non-stop are signs of hyperactivity. Impulsivity refers to acting without thinking through the consequences.

An individual can be considered as ‘hyperactive’ or ‘impulsive’ if they cannot be seated in one place for a long time and fidgets with or taps hands or feet, or squirms in their seat. It may seem that they are always ‘on the go’ as if driven by a motor. You would see them running or climbing where it is not only inappropriate but even dangerous. Hyperactive kids love to talk and are unable to do even leisure activities quietly or by themselves. Their queries are never ending and the next one may pop up even before you answer the previous question. They hate waiting for their turn. This may seem like an intruding behaviour where they cut into conversations, games or activities and jump in with their own thoughts and ideas when others are talking.

According to research, definitive symptoms of hyperactive/impulsive ADHD are likely to show by the time a child is 7 years old.

People with combined ADHD display both inattentive and hyperactive symptoms. These include being easily distracted and impulsive and having above-average levels of activity and energy.

Now that you know the symptoms of ADHD it would be easy to distinguish a child or an adult suffering from ADHD, right? It may appear unambiguous at first but if you look closely, these symptoms may seem to be present to some degree in almost all children. So how do we tell the children apart? We’ll get to that but first, let’s get to the roots i.e know what actually causes ADHD.

The exact cause of ADHD is still unknown. However, researchers suggest that a number of factors may be the reason why a child may develop ADHD.

There exists scientific evidence that ADHD is a genetic disorder. It’s been found to affect close relatives of people with the disorder. However, it’s important to note that ADHD has also been diagnosed in individuals with no family history of the condition. This indicates that a person’s environment and a combination of other factors can also influence whether or not they will develop this disorder.

Exposure to neurotoxins such as lead and organophosphate pesticides may also be the cause of ADHD in some individuals. Research indicates that lead exposure is potentially associated with inattention and hyperactivity and impulsivity.

3. Smoking, Alcohol Consumption and Drug Use

Research indicates that prenatal exposure to smoking, alcohol or drugs increases the risk of ADHD among children.

Damage to the frontal lobe i.e. the front part of the brain during childbirth or otherwise is another reason for ADHD. It causes problems controlling impulses and emotions which can translate into ADHD.

Dopamine is a brain chemical that regulates emotional responses. It’s responsible for feelings of pleasure and reward. Studies show that the level of dopamine is lower in people with ADHD than in others without the disorder and thus they ‘seek more’ in order to gratify themself. In conjunction with this, research indicates that people with ADHD have lesser grey matter in their brains. Grey matter is directly linked with speech, decision-making, muscle control and self-control.

If you suspect that your child has ADHD, talk to a doctor about getting an evaluation. Provide them notes and observations about your child’s behaviour that suggest ADHD. The doctor, on the basis of your insights, may refer your child to an ADHD specialist or psychiatrist.

There’s no test that can ascertain if your child has ADHD and its symptoms can sometimes overlap with other health conditions. A number of medical conditions or their treatments may cause signs and symptoms similar to those of ADHD. Some of the examples include learning or language problems, mood disorders such as depression or anxiety, seizure disorders, vision or hearing problems, autism spectrum disorder, medical problems or medications that affect thinking or behaviour, sleep disorders, brain injury etc. Thus it is important to consult a healthcare specialist for accurate diagnosis and treatment of your child.

To diagnose ADHD, the healthcare professional will assess the symptoms your child has had over the previous 6 months. They will likely gather information from teachers or family members and may use checklists and rating scales to review symptoms.

Furthermore, healthcare professionals use the Fifth Edition Diagnostic and Statistical Manual (DSM-5) by the American Psychiatric Association as guidelines for diagnosing ADHD. This diagnostic standard helps ensure that people are correctly diagnosed and appropriately treated for ADHD.

Alongside this, your child may have to take a number of tests to check their neurological and psychological status for confirming ADHD. The tests should be given by a paediatrician or mental health provider with experience in diagnosing and treating ADHD.

The tests may include:

Based on the results of your child’s performance and the information gathered through their research, the doctor will recommend a treatment plan best suited to help your child.

This brings us to one very important question; Is that all you have to do to help your child suffering from ADHD? No. It’s actually the beginning of our efforts. Confused? Let us explain.

Parenting is not easy and raising a child with ADHD is as challenging as it gets. However, it’s important for you to understand your child’s special condition and act accordingly. Make patience your best friend. Be an example to your child. Do everything the way you want them to do. Keep yourself calm and have a focussed behaviour. Be disciplined, follow a schedule and make sure other caregivers stick by your method as well.

Your child may have low self-esteem given they make silly mistakes and have issues processing information. Make it your responsibility to keep up their confidence. Talk to your child in simple language. Speak slowly and break down instructions for their easy understanding; instead of saying ‘get ready for the party’ say ‘pick out your outfit for the evening and get dressed’. Make eye contact with them while you talk. Reward their good behaviour and encourage them to do more of it.

While ADHD is not a learning disability, it can affect the academic performance of your child. Don’t fuss over it. Behavioural and conduct problems are also more common among children with ADHD than those without. These disorders stem from the feeling of being misunderstood by those around them. Make it clear to your child what behaviour is acceptable by establishing simple and clear rules. Any breach should be followed by consequences like time-outs or losing privileges. Timeouts should be relatively brief, but long enough for your child to regain control. The idea is to interrupt and diffuse out-of-control behaviour. When they keep their impulses in check, appreciate them.

Experts suggest that exercise helps control impulses and other behavioural problems in kids with ADHD. Motivate your child to play sports such as basketball, football or badminton. It will not only be a good exercise but teach them social skills like following rules and taking turns. Furthermore, research suggests that spending time outdoors can help calm hyperactive minds and may ease ADHD symptoms.