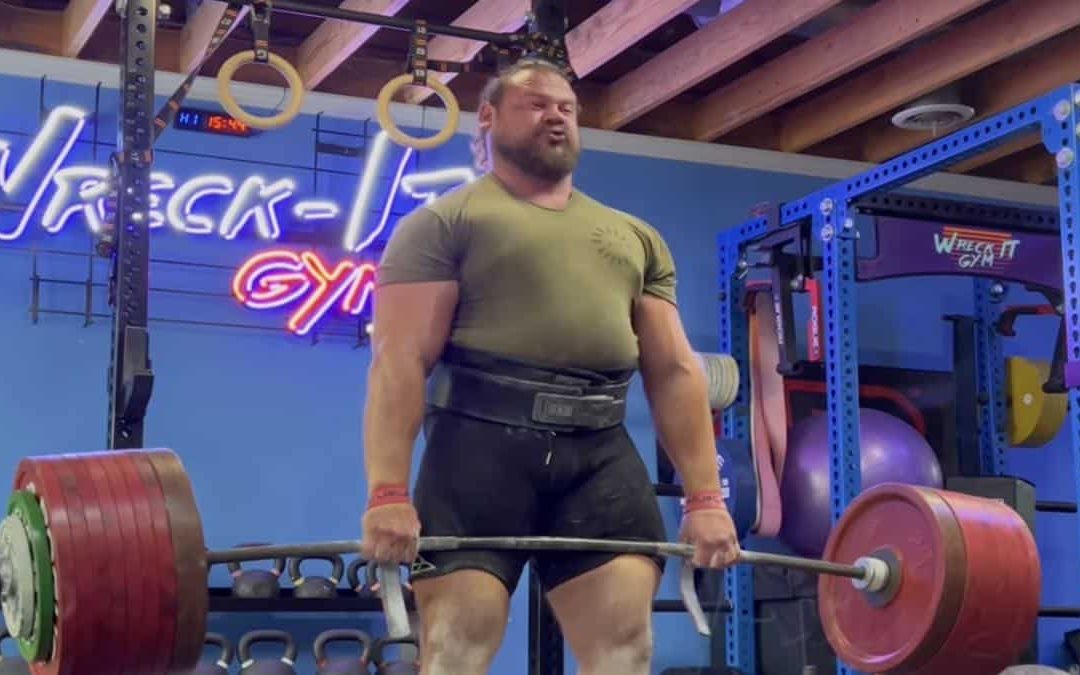 In the current pantheon of strongman, Martins Licis is one of the inarguable pillars of the sport. The 32-year-old athlete can boast a World’s Strongest Man (WSM) title to his name (2019) and seemingly finds a way to finish near the top of many contests he features in. With another tentpole competition on the horizon, Licis is training to make his usual waves once more.

On Oct. 17, 2022, Licis shared a video of himself capturing a 455-kilogram (1,003-pound) block-pull deadlift for four reps. Per the caption of his post, Licis apparently had “plenty more in reserve” even after finishing the set. Notably, Licis did not disclose the precise heights of the blocks. However, judging by the video, they appear to be roughly half the height of the 6-foot-3 strongman’s calves when standing straight up. The athlete wore a lifting belt and lifting straps, and completed the set while donning just his socks.

[Related: How to Do the Hack Squat — Benefits, Variations, and More]

Licis’ unique deadlift training is part of his preparation for the upcoming 2022 Rogue Invitational. The American strongman is the defending champion of the contest that will take place on Oct. 28-30, 2022, in Austin, TX. According to Strongman Archives, it will also be Licis’ first appearance in a formal competitive strongman setting since he finished in second place to Tom Stoltman at the 2022 WSM.

Licis is one of the more decorated and accomplished active strongmen. His 2019 WSM title aside, the athlete has also never failed to qualify for the WSM finals in five appearances. His overall precedent shows that he usually fares well amongst his peers in other competitions, too.

Here’s an overview of the more significant results from Licis’ illustrious career to this point:

At the time of this article’s publication, here is the current roster for the latest edition of the strongman Rogue Invitational:

This latest deadlift pull might be an example of Licis ramping up his training as he gets set to compete again. Should the strongman successfully repeat as Rogue Invitational champion, it’ll undoubtedly be another impressive notch in the belt for one of the biggest names in strongman.