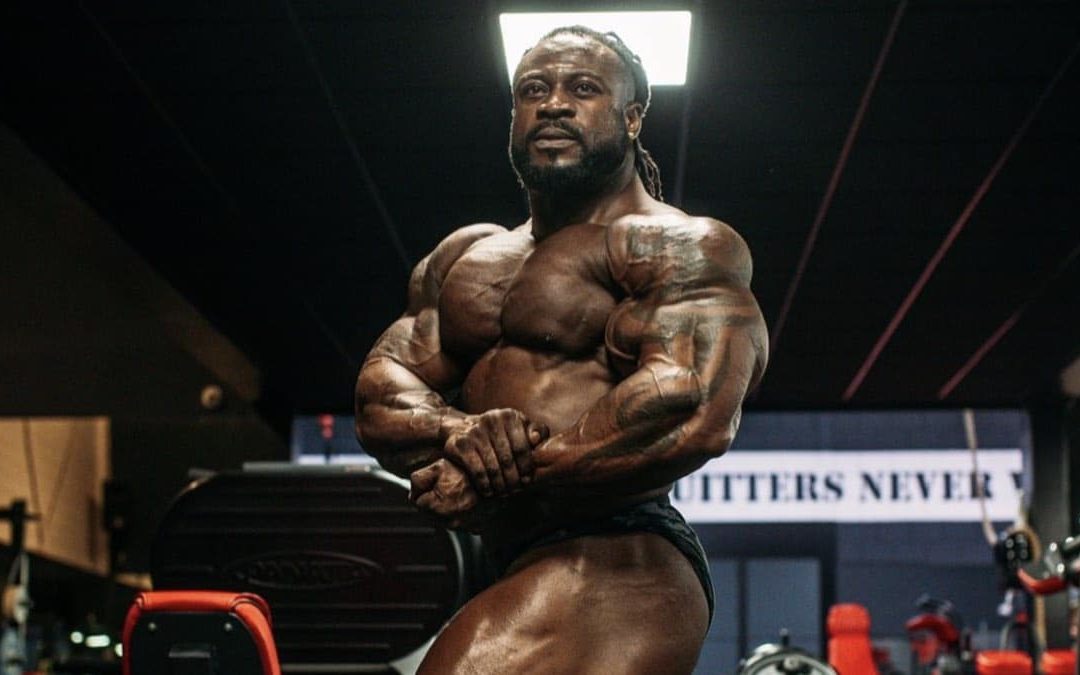 William Bonac has been a mainstay in the Men’s Open division for a few years. Yet, despite the bodybuilder’s consistency and a career-high second-place finish in 2019, he’s never quite been able to reach the summit of the Mr. Olympia. A recent demanding training session centered around his chest might be an integral step forward in shifting his fortunes this late fall.

On Oct. 14, 2022, Bonac posted a video to his YouTube channel where he quickly shredded up his chest as part of his formal prep for the 2022 Mr. Olympia on Dec. 16-18, 2022, in Las Vegas, NV. With the athlete seeking to capture his first-ever title at the prestigious contest, it seems he’s pulling out all the stops.

Bonac begins his routine with some cable crossovers. He warms up for a set before putting the pedal to the metal. Notably, Bonac doesn’t actually cross the cables in a downward motion but straight ahead across his chest.

For the next segment of his workout, Bonac performs an incline bench press on a Smith machine. The bodybuilder clarifies that he appreciates the incline movement more because he thinks it helps balance his physique well.

“I do [incline] because it’s for my upper chest,” Bonac explains. “I do them because mine is undeveloped. It doesn’t match with the total of my chest. I need to bring it up more. When you train chest, you need to hit it from every angle, you understand. I want the ball over here [directs to chest] so that I can put a glass on it. I use most of my strength and energy for the incline.”

Following the incline press, Bonac stays in the Smith machine and lowers the bench to a flat setting for a classic bench press. The hard-training lifter explains that performing multiple exercises in one machine is a time-saving strategy.

After appropriately working the upper and middle parts of his chest, Bonac quickly shifts to giving his lower chest some attention with some sets of a decline bench press on the Smith machine. For Bonac, he appears to appreciate cycling through slight variations of these different chest exercises.

After moving on from the Smith machine, Bonac performs a few sets of pectoral flys on a standing chest machine.

To close his workout, Bonac elects to rep out some diamond push-ups — a more challenging variation of the traditional push-up, where an athlete’s hands come together to form a diamond shape. This last piece for Bonac appears to be more about getting a quality pump rather than pushing himself to the limit. Especially since he apparently finished this workout with limited pain.

“Normally, when I train my chest, I have a lot of pain and joint pain in my elbows,” Bonac said. “At this moment, since I started my off-season prep, I don’t have any issues with that anymore. I’m pretty happy with that.”

Bonac faces tall odds to topple two-time reigning champion Mamdouh “Big Ramy” Elssbiay for his first-ever Mr. Olympia title. However, with a physique hovering around 265 pounds from his last check-in of the offseason, along with this taxing chest workout — Bonac might be in a prime position for an upstart performance on the Las Vegas stage.