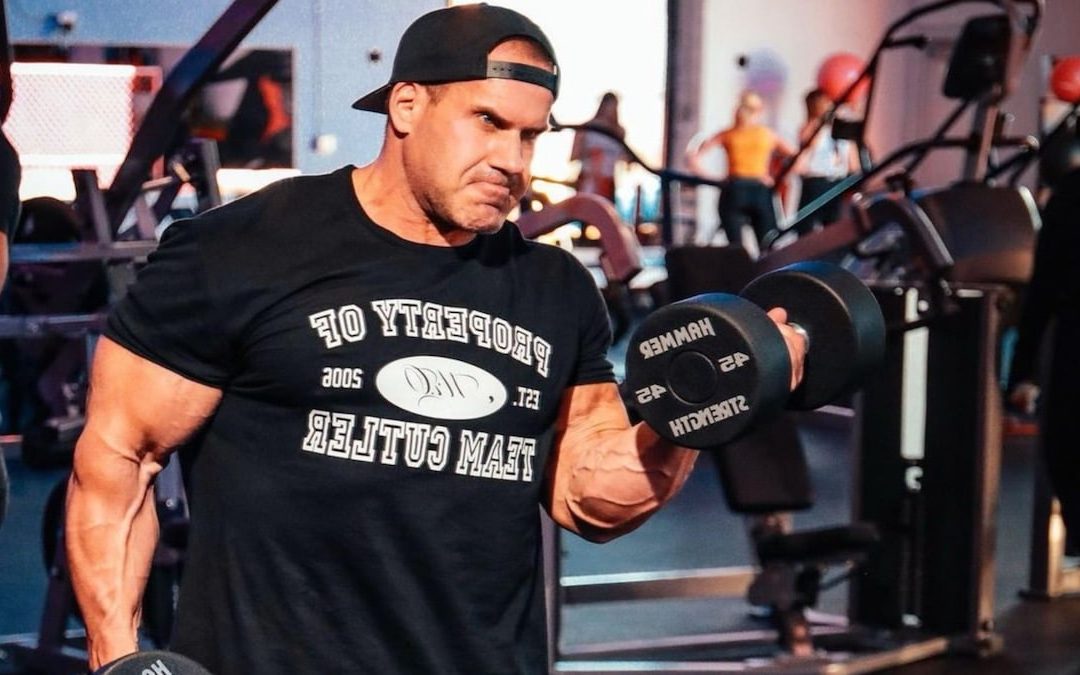 At age 49, with four Mr. Olympia titles (2006-2007, 2009-2010) to his name, Jay Cutler has nothing to prove. He’s one of the greatest bodybuilders of all time, bar none. Yet, after an Oct. 14, 2022, Instagram post from fitness apparel company Schiek Sports Inc. — where Cutler posed and looked ripped next to fitness influencer Lexx Little — speculation arose that the retired athlete was planning a return to the stage.

On Oct. 17, 2022, Cutler addressed the rumors of his potential competitive return as a Masters bodybuilder (ages 45-plus). Amidst his clarification and thoughts for the future, the icon clarified that he has no intention of competing soon. According to Cutler, his new lean physique that lit up the strength sports sphere was about him taking better care of himself.

Cutler wastes no time shooting down any thought of his competitive return in his video testimonial.

“Well, those pictures are floating on the internet right now from when I was in Venice [CA], and they’re starting to say, ‘Oh, Jay is coming back for the Masters,’” said Cutler. “We need to squash it.”

On Feb. 12, 2022, during an episode of his podcast, Olympia President Jake Wood signaled that, after an absence, the Masters Olympia would potentially return sometime in the year 2023. (Note: At the time of this article’s publication, there has not been an official update on this front.) With that door open, some in the bodybuilding community thought Cutler would intend to walk through it.

Cutler shot down that specific assertion, as well, by saying too much was read into his brush with Little.

“Jake [Wood] is having it [the Masters Olympia], right? … It sounds about right. Jake would do something like that,” Cutler mused. “Drop the picture of me posing with Lexx Little, who’s a pretty popular influencer. So we did a video together. He conned me into going to the posing room.”

Per Cutler, he thought his posing stunt with Little would be of little consequence and appeared to have fun with it more than anything. It seems to have just been an unfortunate oversight.

As for why Cutler seems to be committed to polishing up his physique in retirement through his training — he maintained he just wants to look great and be healthy.

“I’m doing this body transformation challenge just to try to look my best,” Cutler explained. “That means being leaner, and I don’t know what my physique is going to look like, to be honest. Like right now, I’m really lean, but I could tighten up a few areas. I want to get a little fuller. I don’t know if that necessarily means bigger on a scale, but that’s kind of the goal.”

Despite that plan, even if he won’t formally compete, Cutler didn’t rule out potential guest-posing cameos.

“I’m not going on a competition stage, but you know what I would like if I felt confident enough; if my body actually came around enough, I would actually consider posing,” Cutler said. ” … I’m still getting a ton of requests to come out and pop into events. So, it could be a possibility.”

[Related: How to Do the Hip Thrust — Variations, Benefits, and Common Mistakes]

Even if Cutler won’t be competing on any Olympia stage in the near future, it’s clear he’s committed to taking care of his health. For this bodybuilding legend, the grind never stopped — it just shifted in focus.