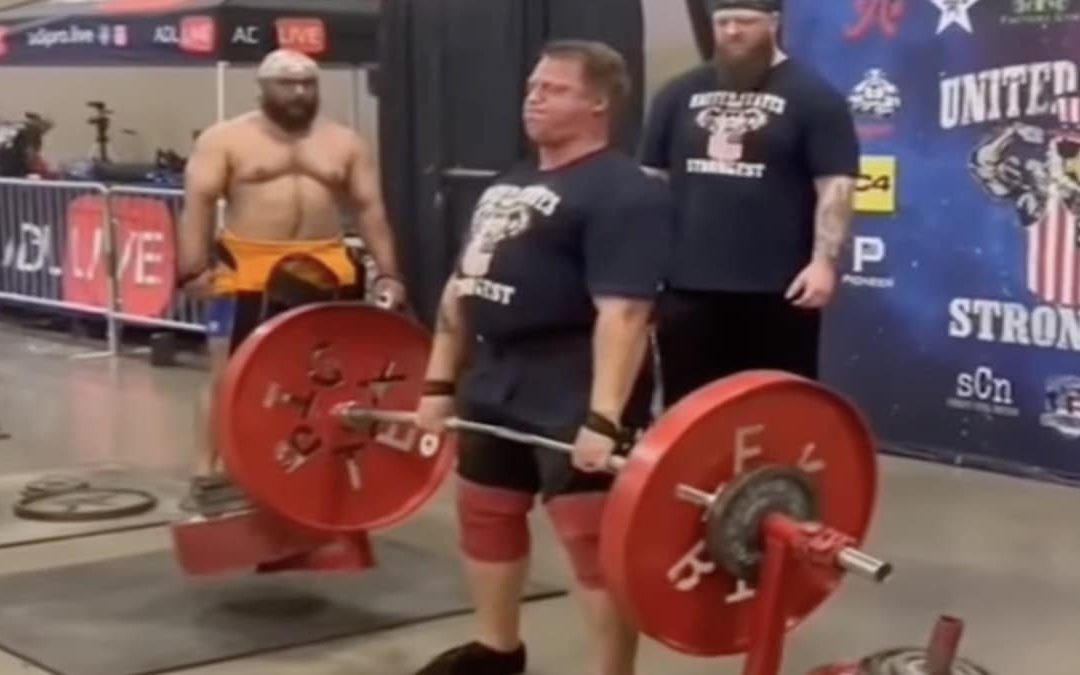 On Sept. 3, 2022, athlete Devin Burger showed off his strength by completing a 498.9-kilogram (1,100-pound) Silver Dollar deadlift during the United States Strongest (USS) Texas Strongest Veteran competition. According to Burger’s Instagram profile and the official results, the massive Silver Dollar deadlift is a Texas State record for an 18-inch deadlift in the under-275-kilogram weight class. Burger wore knee sleeves, a lifting belt, and utilized lifting straps to help him with this deadlift.

Given the ease with which Burger seemingly completes his pull, the athlete could vault himself up the Silver Dollar deadlift annals soon enough. That’s because his achievement compares well with his peers. If Burger had competed and managed his pull during the recent 2022 World Deadlift Council (WDC) World Silver Dollar Championships, his 1,100-pound milestone would’ve ranked fifth among all his peers. Ben Thompson set a then-World Record of 577.2 kilograms (1,272.5 pounds) during the contest in a first-place performance.

Notably, the Silver Dollar record has changed several times in the 2022 calendar year.

Burger has a long way to go before he can start challenging the new record. However, given the context, he seems to be on the right track.

Though he competes on a domestic level, at the time of this writing, Burger does not appear to possess any significant international competitive strongman experience. A general perusal of Burger’s social media showcases the athlete performing and training various traditional strongman staples like the Log Press and Atlas Stones.

When he’s not preparing for strongman competition, Burger spends much of his time working as a certified personal trainer. The athlete appears to run his own independent business entitled “Camp Gladiator,” where he offers coaching centered around a prospective person’s nutrition and fitness. According to his Instagram bio, Burger characterizes his personal training as a means to “help normal people with health and fitness.”

At the time of this article’s publication, Burger doesn’t have any pending strongman contests on his plate. With his Silver Dollar deadlift feat in mind, the athlete might be someone to watch in the future.