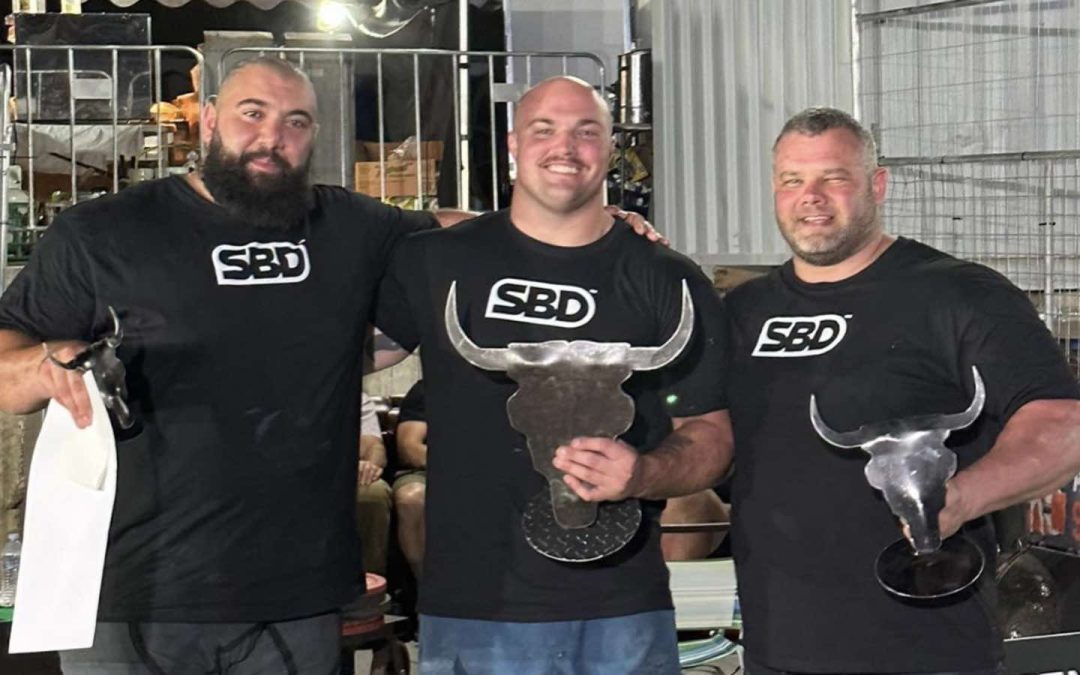 Mitchell Hooper has already been steadily plugging away in what might be a monumental year in his young professional strongman career. The athlete who burst onto the scene with an early blitz at the 2022 World’s Strongest Man (WSM) and subsequently became a dominant force on the major circuit seems prepared to continue his climb to the top of the strongman summit. However, before he started his ascent up the mountain again, the superstar recently traveled to “the land of the long weekend” for an essential first stop in his 2023 journey to become the best. He was joined by someone who might be the next elite strongwoman.

Here are the final standings for the strongmen who competed at the 2023 ASI:

Here are the final standings for the strongwomen who competed at the 2023 ASI:

Hooper won four of five events to seal his first career ASI title. With this decisive victory, the strongman more or less picked up where he left off in 2022, as Hooper has now won three of his last four contests in a hot streak that also features wins at the 2022 Giants Live World Tour Finals and the 2022 Arnold Strongman Classic UK. To date, per Strongman Archives, the only competition Hooper has fallen short of reaching the podium was when he notched an eighth-place result during the 2022 WSM Final.

Meanwhile, Wirihana did not win any events outright at the 2023 ASI but attained a solid top-three result in each of them. Such consistency allowed the New Zealand competitor to eventually topple Thompson by a 2.5-point margin. This was Wirihana’s first victory since capturing the 2022 New Zealand’s Strongest Woman championship.

Hooper has already successfully morphed into one of the most prominent names in strongman. All that’s likely left for him to truly accomplish is overcoming his elite peers at the 2023 WSM on Apr. 18-23, 2023, in Myrtle Beach, SC. For Wirihana, the strongwoman might only just be getting started. After overcoming a perennial WSW contender and garnering recognition among some of the world’s most elite strongpeople, the 2023 ASI might be a fantastic next step on a path to her own greatness.

Robert is a seasoned and adept editor and writer with a keen, passionate penchant for the writing craft. He’s been a leader in newsrooms such as SB Nation, USA TODAY, and WBBM Newsradio, with various other content and art production teams, and first made a name for himself in his hometown of Chicago. When not knee-deep in research or lost in a stream of consciousness for a thorough piece, you can find Robert inhaling yet another novel, journaling his heart out, or playing with his Shiba Inu, Maximus (Max, for short).