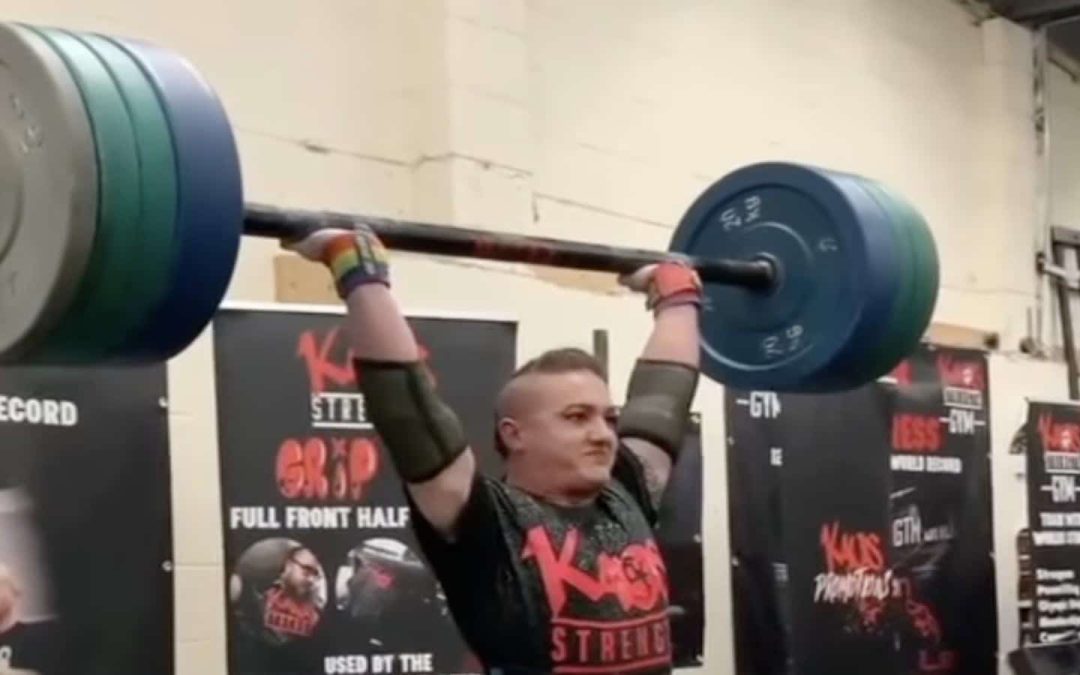 Rhianon Lovelace’s pound-for-pound prowess might be unmatched in the current catalog of dynamic strongwomen. The British powerhouse relies on a foundation of apparent pure strength and makes it a habit to achieve great things any time she has a barbell, Atlas stone, or general heavy implement within her grasp. In one of the first significant competitive appearances the strength community has seen from Lovelace in 2023, she continued her established precedent to amaze.

On Jan. 22, 2023, Lovelace captured a 101-kilogram (222.6-pound) Axle Press during the 2023 Kaos New Year Push/Pull 2023 contest at the Kaos Strength Gym in Preston, England. The astonishing feat is an all-time U64 (64-kilogram weight class) World Record. Even more so, it demonstrates that after a 2022 calendar year where Lovelace sprinkled in noteworthy achievements throughout several competitions, the athlete is still pushing full steam ahead to etch her name at the top of a record list anywhere possible.

Lovelace seemingly understands her status in the modern strongwoman sphere. As she gears up for another productive year of competitions, the athlete had a succinct summary of her Axle Press record in a post of the lift on her Instagram profile.

“Three weeks into 2023, and we’re already one world record in,” Lovelace wrote. “Big plans this year, just the beginning.”

A two-time U64 World’s Strongest Woman (WSW) champion (2018, 2022), Lovelace has been no slouch regarding full-slate, major strongwoman contests of late. According to Strongman Archives, the athlete can boast three out of four podium finishes in the tentpole WSW main event. The only instance in which Lovelace fell short of a top-two result was during her WSW debut in December 2017.

With this latest Axle Press notch in her lifting belt, it seems Lovelace is picking up where she left off in 2022.

Few of Lovelace’s peers could likely match what she executes in the gym and in sanctioned competitions. In the months ahead in 2023, it seems inevitable she’ll continue to climb mind-bending heights when it comes to showcasing impeccable displays of power and will.

Robert is a seasoned and adept editor and writer with a keen, passionate penchant for the writing craft. He’s been a leader in newsrooms such as SB Nation, USA TODAY, and WBBM Newsradio, with various other content and art production teams, and first made a name for himself in his hometown of Chicago. When not knee-deep in research or lost in a stream of consciousness for a thorough piece, you can find Robert inhaling yet another novel, journaling his heart out, or playing with his Shiba Inu, Maximus (Max, for short).