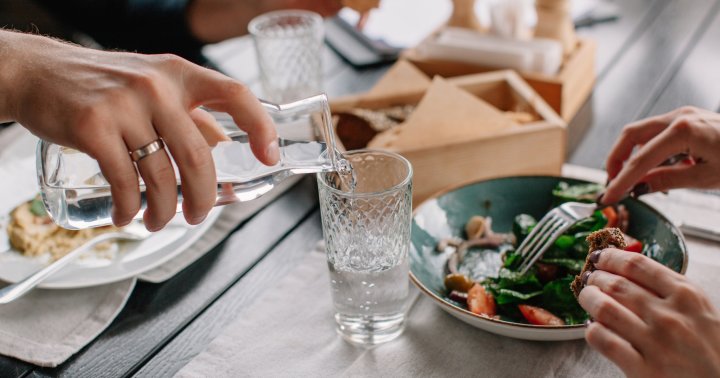 Omega-3 fatty acids EPA and DHA are incredibly important. They’re what is called “conditionally essential,” meaning the body is capable of converting them from ALA, but different factors like age and sex negatively affect that process—which, by the way, is about as efficient as me working from home curled up in a blanket on the couch. (That’s level “yikes” on efficiency.) It’s this inefficiency that makes it all the more necessary to stock up on EPA and DHA when considering your omega-3 intake.

Eicosahexaenoic acid (EPA) and docosahexaenoic acid (DHA) are long-chain polyunsaturated fatty acids (aka PUFAs). A mouthful to say, the two are “omega-3 fatty acids derived from marine sources,” explains William Harris, Ph.D., FASN, FAHA, co-creator of the omega-3 index (a blood test that measures the amount of EPA and DHA in your red blood cell membranes).

EPA and DHA are produced by algae and consumed by a variety of fish, hence why fish oil and fish themselves are the richest sources of these fatty acids. They make up two of the three commonly talked about omega-3s—the third being alpha-linolenic acid (aka ALA), which is sourced from plants.

Our bodies can technically synthesize EPA and DHA from the parent omega-3 fatty acid ALA, through a series of reactions, including desaturation (i.e., the addition of a double bond between two carbon atoms) and elongation (i.e., the addition of two carbon atoms). That, of course, assumes you’re consuming a whole lot of the starter fat (ALA) every day, and even then, the conversion is subpar.

That’s because this synthesis process is affected by age, gender, and hormones—particularly the presence of estrogen. Research shows that only 8% of ALA is converted to EPA and 0 to 4% to DHA in healthy young cis-men, while 21% of ALA was converted to EPA and 9% to DHA in healthy young cis-women. Though the process is still not perfect, it appears women can convert ALA to be used in the body as EPA and DHA slightly more effectively than men.

The health benefits of EPA and DHA.

As antioxidants and healthy fats with anti-inflammatory properties, EPA and DHA are critical for whole-body health but are particularly important for cardiovascular health, cognition, and pregnancy.*

Research has associated EPA and DHA supplementation with a number of benefits, including but not limited to:*

Supplementation during pregnancy has also been associated with numerous benefits in the child’s development after birth, including better hand-eye coordination and better problem-solving skills at 9 months old.*

How they are different from ALA.

Although EPA, DHA, and ALA are all long-chain PUFAs, ALA is the shortest of the three. To get a bit more science-y, EPA has 20 carbons and double bonds, DHA has 22 carbons and six double bonds, and ALA has 18 carbons and three double bonds. As these chemical differences indicate, they are three unique fats with unique roles in our physiological health and wellness.

Another difference is availability. ALA is prevalent in our diets and found in plentiful amounts in many plants—including flaxseed, canola oil, olive oil, walnuts, and other tree nuts, according to Chip Lavie, M.D., FACC, FACP, FCCP, medical director of cardiac rehabilitation and prevention at Ochsner Health.

In contrast, EPA and DHA are not widely found in the food supply, nor are these marine omega-3s widely consumed by Americans. And since only a small amount of ALA is converted to EPA and DHA, we’re lacking these PUFA MVPs that work overtime for our heart, brain, redox balance, and more.* “Making EPA and DHA from ALA is possible but very inefficient, and achieving optimal omega-3 index levels is nearly impossible with only ALA,” says Harris.

How to get more EPA and DHA.

The average American doesn’t eat enough fish to rely exclusively on their diet for adequate amounts of omega-3s. This is particularly true for the levels of EPA and DHA tied to cardioprotective health benefits.* Unless you are willing to add oily fish to one of your meals each day (which can certainly challenge your wallet and/or heavy metal levels), supplementation is the best way to adequately supply your body with all of the EPA and DHA it needs in a reliable and pure way.*

Omega-3 and cardiovascular health expert Harris recommends 1,000 to 1,500 milligrams of EPA and DHA combined per day to achieve an optimal omega-3 index.* As it turns out, this range is spot-on with the American Heart Association’s recommendation for consuming these marine omega-3s to maximize heart-health parameters.* And to be clear, that’s strictly the omega-3 fat content (EPA+DHA), not overall milligrams of fish oil.

A high-quality, high-potency fish oil supplement that prioritizes sustainability, traceability, and purity—such as mbg’s omega-3 potency+, which boasts 1,500 milligrams of EPA plus DHA derived from wild-caught anchovies from the cold waters off the coast of Chile—is the way to go.

For people who don’t eat fish at all (like strict vegans), supplementation with a high-quality algal oil is a useful tool to get marine omega-3s (albeit highly slanted on the DHA front and lacking EPA).

When it comes to EPA and DHA, high-quality supplementation ensures adequate and efficacious amounts are consumed on the daily, and this omega-3 assurance can complement the fish intake in your diet. Their role in the body is undoubtedly widespread and important throughout the lifespan, as they support healthy development, cognitive function, cardiovascular function, and more.*

Because of the inefficiency of converting ALA to EPA and DHA, and the variation of that efficiency based on factors such as estrogen levels and age, taking a supplement with useful levels of EPA plus DHA can ease your mind when it comes to daily omega-3 intake.