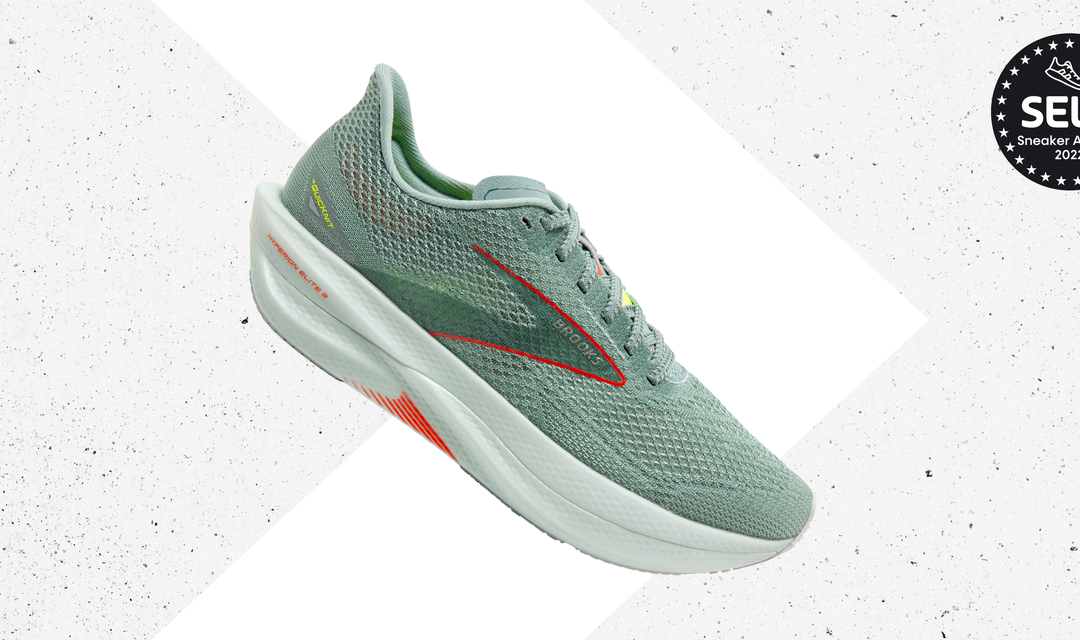 The shoe’s upper also felt very breathable, which was a happy surprise to me—the upper seemed very densely knit, so I thought it would run hot. But I wore this during an especially hot workout (an 80-degree run with 97% humidity), and while the rest of my body was dripping, my feet didn’t feel swampy.

As for the midsole? When I first stood up in these shoes, the cushioning seemed very firm. And even when I started running, I wouldn’t describe them as pillowy soft by any means. But the midsole was responsive, and I had a good energy return with each stride, particularly when I was picking up the pace with quicker intervals. Because of that return, I felt like the ride was smoother when I was sustaining a quicker pace. Still, I didn’t notice as much of a pop or a bounce as I expected. Even though the shoe is marketed as a race day shoe, I probably would save them for races where I’m not looking for a PR, or for tough tempo workouts leading up to a race.

How My Body Felt During and After Activity

I really started to enjoy this shoe on my second run: It was my sixth day in a row of running, and I had an eight-miler on the schedule. I normally don’t run that many days consecutively, and I was really dreading spending over an hour on my feet. But this shoe really made things a lot more pleasant, which made me quite aware of the benefits of its energy return. The energy return helps with turnover, which makes you feel like you’re not putting as much effort into each stride. My legs actually ended up feeling surprisingly fresh throughout the duration of this run, so much so that I ended up tacking on an extra five minutes—and I felt like I could have gone longer.

Even though the shoe doesn’t feel super cushiony, it must give your joints the support it needs since I didn’t feel any ankle or knee pain afterward. I’m also prone to soreness in my lateral lower shin and ankle area, especially if shoes aren’t quite fitting right, but I didn’t experience any of that post-run.

I did get a blister at the top of my foot after one of my first runs—I wasn’t used to how the laces hold, so I had tied them too tight—but I didn’t happen again there, or at other hot spots, on subsequent runs.

Brooks has a great return policy, known as its Happy Run Promise. This just means that you can run in your shoes for up to 90 days, and if you’re not happy with them during that time, they’ll refund your original purchase price. That’s huge, since it gives you time to run on multiple occasions with the shoe to see if it feels better when it loosens up—or if you do need to swap it for another size.

I really enjoyed wearing this shoe on my training runs—particularly those where I was pushing harder, since the shoe felt really natural and smooth at quicker paces. It doesn’t have the obvious springiness you might expect with super shoes, so I probably wouldn’t wear this on race day (or, at least, on a race where I was hoping for a PR).

But I would wear it on the tough training days leading up to it, and feel confident that the shoe has prepared me for the big day. I feel like that’s where these Brooks shoes shine: They help you put in the hard legwork during all those non-glamorous training days so you can bring your best to the starting line.