Migraine: Everything You Need To Know 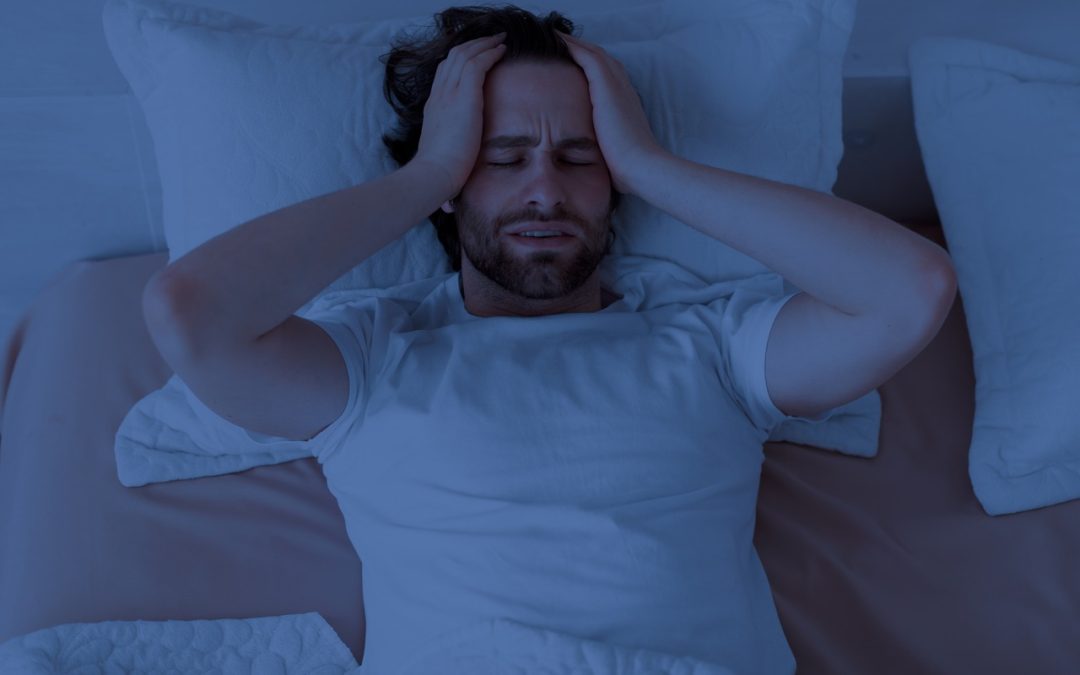 Migraine is one of the most common diseases in the world affecting more than 10 per cent of the total population. This means one in every seven people suffers from migraine. It is a highly disabling neurological disorder affecting the personal, professional and psychological lives of people. Yet it is one of the most underdiagnosed and untreated illnesses.

According to the American Institute of Neurological Disorders and Stroke, a migraine is an intense headache characterised by a severe pulsing or throbbing pain in one area of the head. It is often accompanied by other symptoms such as nausea and increased sensitivity to light and sound. Given the lack of knowledge about the condition, the first week of September is recognised as Migraine Awareness Week. It aims to educate people about migraine, its severity and their impact on their life of people.

With this article, we aim to give you comprehensive knowledge about migraine. Here are the content buckets.

There are around 150 different types of headaches. These are broadly classified into two categories namely primary and secondary. Migraine falls under the category of primary headaches meaning it doesn’t occur as a result of another medical condition. Conversely, secondary headaches are caused by an underlying health issue.

Migraines affect different people differently. What may be triggering for one individual may not be for the others. The severity and frequency may also vary among migraine patients. It is most often than not a genetic disorder and can affect all irrespective of their age.

People use different terms to define what migraine headaches feel like. Some of the most common ones are pulsating, pounding, throbbing, perforating and debilitating.

A migraine mostly starts from the forehead and affects one side of the head. It can be concentrated around one temple, affect both sides or can keep shifting between the two. The duration can vary between four hours to even a week.

For most people, migraine symptoms start a day or two prior to the headache. This phase is called a prodrome. The next phase is called aura leading to the ‘attack’. For some people, fortunately enough, the prodrome phase is directly followed by the attack. Finally, migraine episodes end with something we call a postdrome.

Let’s explore each of these phases in detail.

Aforementioned, this phase starts a day or two before the actual attack. It is also referred to as the pre-headache or premonitory phase. According to research, around 20-60% of migraine patients go through the prodrome phase characterised by emotional instability such as irritability, despair or euphoria. One may also have somatic symptoms like fatigue or hyperactivity accompanied by increased thirst and urination or constipation. Fatigue can also make you yawn a lot. It can also cause a lack of concentration and sleeplessness. Craving for certain food and muscle stiffness, particularly around the neck and shoulder are a few other symptoms.

Research suggests that twenty-five per cent of people who suffer from migraine have episodes with aura. It can occur before or during the attack. The symptoms start gradually and can last for five mins to over an hour. The aura is characterised by neurological symptoms and causes issues pertaining to speech, vision, movement and sensation. These include:

This is the most severe phase when the pain actually starts. It occurs after the aura or the two can overlap for worse. The headache can last anywhere from hours to days. For most people, the duration is between four to seventy-two hours. Along with an unbearable headache, one may feel chills or extremely hot during this phase. You’ll also be extremely sensitive to light, sound, and odour. Nausea, abdominal pain and diarrhoea are some of the other side effects. The pain can cause loss of appetite and tender scalp and make you look pale. In the worst cases, one may also suffer from a fever.

This is the withdrawal phase where other symptoms ease out leaving behind a mild headache. The emotional imbalance takes over making one feel overjoyed or apathetic. You’ll have difficulty concentrating or processing things in this phase. Fatigue and irritability are obvious after-effects of the attack. Rightly so, this phase is also called a ‘migraine hangover’. It may take one or two days for you to recover.

Note: The length and degree of the phases can be different from those mentioned above for some individuals. At times, a phase may even get entirely skipped. You may sometimes experience a silent migraine, which is a migraine episode without a headache.

According to research, a family history of migraine increases the risk of the illness among its members. Furthermore, most people who have migraine have reported having a first-degree relative who suffers from the same.

It was Erasmus Darwin who noticed, in the year 1886, that women are more likely to get migraine attacks than men. Since then, several studies have been conducted in favour of the argument. Migraine is two-to-three times more common among females than males.

The hormonal changes that occur in a female’s body during her menstrual cycle are to be held responsible for this bigotry. The significant drop in the estrogen levels before the onset of menstrual flow act as the trigger in this case. Premenstrual migraine, as we call it, generally starts one to three days prior to periods.

On the brighter side, evidence suggests that migraine tends to get better during pregnancy. This is because the high level of oestrogen during the period helps reduce the frequency and intensity of migraines. You may experience frequent attacks initially when your body is adjusting to the new change. However, this should recede after the first trimester. In case your migraine doesn’t improve or worsens after the initial few months of pregnancy, contact your doctor at the earliest as it may be a warning sign for later complications.

Menopause, which is characterised by oestrogen withdrawal, also makes migraine attacks more difficult to manage. However, many females have reported getting relief from migraine altogether after menopause.

Given that a person has migraine, there can be various triggers for them ranging from lifestyle and diet to the environment. Here’s a list of the most generic ones:

Although this basically pertains to negative emotions like stress, worry or anxiety, sometimes positive ones like excitement or surprise can also trigger migraine. They instigate the release of a number of hormones that puts the body under neurological stress commonly known as the ‘fight or flight’ situation. It can lead to increased muscle tension and dilates blood vessels resulting in migraine.

Various categories of food can trigger migraine symptoms in some people. Frozen, pickled, fermented or aged foods are a few common ones. Sensitivity to certain chemicals or additives in food such as MSG, artificial sweeteners, and particular types of salt or nitrates can also be triggering for some individuals. Migraine for some people may be associated with caffeine or alcohol consumption.

This includes sensitivity to the human senses. Bright, flashing, or flickering lights can induce migraines as can loud noises. Pungent or strong smells or exposure to smoke can trigger migraines in some other people.

Certain medicines can cause migraine depending on how it affects your body. Contraceptive pills disturb the level of oestrogen and progestogen in a female’s body and thereby instigate migraine attacks. Other medications that cause blood vessels to dilate or swell can also trigger it.

To be certain that your headaches fall under the category of migraine, the doctor will first rule out the potential chances of other causes like tumour, stroke or abnormal brain development through tests like MRI or CT scan. They may also recommend a few blood tests to know the condition of your overall health.

Once it is established that there isn’t a latent reason behind the headaches the doctor may ask you a series of questions to come to the conclusion that you have migraine. These may revolve around your personal experience.

It is advisable to maintain something called a ‘migraine journal’ that will help the doctor understand your case in depth and thus repeal the chances of misdiagnosis. You may want to lodge a couple of your headache episodes before you visit a doctor to present them with a larger picture of your condition. Remember to tell your doctor if someone in your close family has been diagnosed with migraine.

Your migraine journal may have the answers to the following questions :

Try and be as specific with your migraine journal as possible. Use different strategies to define your condition. For example, use a range to describe the severity of your headache where one is a pencil tip on your temples while 10 is someone drilling your head. It will only help your doctor in his treatment. The doctor may suggest preventive measures and prescribe medication based on the intensity of your migraine.

You can try a few things at home that may ease the migraine pain. Lie down in a quiet and dark room. Applying cool or warm compresses on the head can also be soothing.

Research suggests that massaging the muscles in the neck and shoulders may help relieve tension and alleviate migraine pain. In case you’re alone,  you can try self-massage with a clean tennis ball. Stand straight with your back facing a wall and the ball in between. Roll the ball against the wall with some pressure along your shoulders and back.

Migraine is a neurological disorder that may stem from changes in the brain affecting the hormonal balance, nerve communication or blood vessels functioning in the body. Even though migraine can affect individuals of any gender and age, those identified as females at birth have a higher risk of developing migraine between the age of 15 to 55 years.

In case of the absence of an antidote for migraine, prevention is actually the best cure. Learn about your triggers and avoid them as much as you can. Have a healthy lifestyle by exercising daily and having a proper sleep schedule. Don’t skip meals and keep yourself hydrated at all times. Avoid taking stress and practice relaxation techniques as a habit. Finally, remember, what doesn’t kill you only makes you stronger.